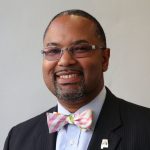 HR368 192957-1 By Representative Bracy RFD: First Read: 08-MAR-18 192957-1:n:03/28/2018:JEC/jec LSA2018-1292 RECOGNIZING ROBERT BRAZILE FOR HIS INDUCTION INTO THE PRO FOOTBALL HALL OF FAME. WHEREAS, highest commendations and congratulations are herein proudly presented to Robert Brazile on the occasion of his enshrinement into the Pro Football Hall of Fame; and WHEREAS, the Mobile, Alabama, native played 10 ironman seasons for the Houston Oilers, where he started in all of his 147 games, becoming one of the faces of an Oilers franchise during its "Luv Ya Blue" era, revolutionizing the position of outside linebacker in the 3-4 defense earning him the nickname "Dr. Doom"; and WHEREAS, highlights from his Pro Football career include being selected as a first round draft pick, sixth player overall by the Houston Oilers, selected to the 1975 National Football League All-Rookie Team, named 1975 National Football League Defensive Rookie of the Year, named first team All-Pro four times, elected to seven Pro Bowls, selected to the National Football League's All-Decade Team of the 1970s; and WHEREAS, highlights from his collegiate career at Jackson State University include back-to-back Southwestern Athletic Conference titles, as well as setting a Jackson State University record with 129 tackles; and WHEREAS, through the years, Robert Brazile has earned widespread admiration and respect, he is truly deserving of special commendation and praise; now therefore, BE IT RESOLVED BY THE HOUSE OF REPRESENTATIVES OF THE LEGISLATURE OF ALABAMA, That Robert Brazile is highly honored and commended, and this resolution is offered to him in deepest admiration, as well as with sincere best wishes for continued success in all future endeavors.