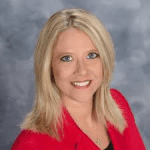 HR406 193288-2 By Representatives Weaver, Ainsworth, Alexander, Baker, Ball, Beckman, Beech, Black, Blackshear, Boothe, Boyd, Bracy, Brown, Buskey, Butler, Carns, Chesteen, Chestnut, Clarke, Clouse, Coleman, Collins, Crawford, Daniels, Davis, Drake, Drummond, Ellis, England, Farley, Faulkner, Faust, Fincher, Ford, Forte, Fridy, Garrett, Gaston, Givan, Greer, Grimsley, Hall, Hanes, Harbison, Harper, Henry, Hill, Hollis, Holmes (A), Holmes (M), Howard, Hurst, Ingram, Jackson, Johnson (K), Johnson (R), Jones, Knight, Lawrence, Ledbetter, Lee, Lindsey, Lovvorn, Martin, McCampbell, McClammy, McCutcheon, McMillan, Millican, Mooney, Moore (B), Moore (M), Morrow, Nordgren, Pettus, Polizos, Poole, Pringle, Rich, Rogers, Rowe, Sanderford, Scott, Sells, Sessions, Shedd, Shiver, South, Standridge, Todd, Treadaway, Tuggle, Wadsworth, Warren, Whorton (I), Whorton (R), Wilcox, Williams (JD), Williams (JW), Williams (P), Wingo and Wood RFD: First Read: 15-MAR-18 193288-2:n:03/14/2018:JEC/jec LSA2018-1374 COMMENDING COLONEL CARL COOPER FOR DISTINGUISHED MILITARY SERVICE AND HONORING HIM ON THE OCCASION OF HIS 98TH BIRTHDAY. WHEREAS, it is a tremendous privilege to recognize Colonel Carl Cooper for his distinguished military service and honor him on the momentous occasion of his 98th Birthday; and WHEREAS, Colonel Carl Cooper was born March 18, 1920, in Clanton, Alabama, to the union of John Wiley and Mattie Hawkins Cooper; he attended Chilton County High School, where he served as Class President and as Captain, quarterback, and fullback for the football team and graduated in 1940; and WHEREAS, Colonel Cooper earned a full football scholarship to Howard College, now Samford University, and graduated with a Bachelor's Degree in Biology in 1943; he enlisted in the United States Marine Corps on April 1, 1942, and completed his training at Paris Island, South Carolina; and WHEREAS, he received selection for Officer Candidate School and was commissioned Second Lieutenant on September 2, 1944; he became a member of the 6th Marine Division, which was formed on Guadacanal to locate close with and destroy the enemy by fire preparing for the invasion of Japan; and WHEREAS, the Invasion of Okinawa on April 1, 1945, was the largest amphibious assault in the Pacific Theater of World War II, and the Battle of Okinawa was the bloodiest of the Pacific War with 55,162 American casualties and 14,009 killed; First Lieutenant Cooper led the 3rd Platoon, C Company in 84 days of combat to capture the highest mountain on Okinawa, Mount Yae-Take, and then Sugar Loaf; and WHEREAS, before crossing the Aswa Kawa River, First Lieutenant Cooper and his Platoon were hit by enemy bombs; his unit received a Presidential Unit Citation, and five of his men earned Silver Stars and Purple Hearts; blown backwards, First Lieutenant Cooper landed on coral and incurred severe injury to his back and hip; and WHEREAS, he did not include his own injuries in the After Action Report that resulted in his men being decorated; the battle ended June 22, 1945, and First Lieutenant Cooper left the island on July 4, 1945; he was released from active duty on January 26, 1946, and began teaching and coaching at Marion High School in Perry County, Alabama; under his expert guidance and leadership, the basketball team made five consecutive state basketball tournament appearances; and WHEREAS, in late 1953, Captain Cooper returned to active duty at Camp Pendleton in California during the Korean War; he earned his Master's Degree in Education from Vanderbilt in 1953 and contributed exceptional direction as Principal of Carbon Hill High School from 1955 until 1957; in 1958, he was asked to assist in the development of a city school system, and he acquiecesed; one the school system was established, the newly formed board of education named him as the first principal of Mountain Brook School; Major Cooper returned to active duty in 1968 during the Vietnam War; he remained on active duty and as a member of the Marine Reserves until his retirement April 1, 1980; and WHEREAS, Colonel Cooper provided 38 years of remarkable service to the United States Marine Corps; he earned numerous awards and accolades including the Expert Rifle Badge, Expert Pistol Badge, American Campaign Medal (WWII), American Defense Medal (WWII), Presidential Unit Citation with One Star, the Asia-Pacific Campaign Medal with Two Stars, (WWII), Defense Meritorious Service Medal, Legion of Merit Officer, Marine Corps Good Conduct Medal (WWII Style), National Defense Service Medal, Navy and Marine Corps Commendation Medal, Navy and Marine Corps Medal, Marine Corps Medal with Four Stars, Selected Marine Corps Reserve Medal, United Nations Medal, World War II Victory Medal, World War II 50th Anniversary Commemorative Medal, and World War II Victory in the Pacific 50th Anniversary Commemorative Medal; and WHEREAS, in 1980, he was recruited to join FEMA and worked disasters nationwide for 30 years; he joined the Masonic Order in 1946, became a Shriner in 1948, and is a loyal supporter of the Shriner's Children's Hospital; he married his college sweetheart, the late Jimmie Anna Rutledge, on June 6, 1943, and they had two children, the late James Carl Cooper, a United States Marine; and the late Charlotte Cooper Fant; Colonel Cooper has the utmost distinction of being the oldest member of Shades Mountain Baptist Church in Vestavia Hills; and WHEREAS, through the years, Colonel Cooper earned widespread admiration and respect for his unwavering commitment to excellence in the defense of freedom and democracy; it is truly an honor to uplift such an extraordinary individual on the occasion of his 98th Birthday, a significant milestone that represents precious years of wisdom earned and memories gained; now therefore, BE IT RESOLVED BY THE HOUSE OF REPRESENTATIVES OF THE LEGISLATURE OF ALABAMA, That Colonel Carl Cooper is highly honored and commended on the occasion of his 98th Birthday, and this resolution is offered to him in deepest admiration and appreciation for his immeasurable service, as well as with sincere best wishes for continued blessings, happiness, and prosperity.