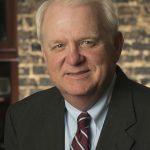 HR443 193272-1 By Representatives Black, Ford and Lindsey RFD: Rules First Read: 20-MAR-18 193272-1:n:03/14/2018:JEC/jec LSA2018-1294 RECOGNIZING TUBBTOWN, ALABAMA. WHEREAS, tucked in the rolling hills of the Northwest Corner of Sweet Home Alabama, hard by the mighty Tennessee, deep and blue, lies a parcel of Eden, affectionately known by its inhabitants as Tubbtown; and WHEREAS, Tubbtown is bound by the strong horses of Iron on the North and the former country lane referred to in its early existence as Wilson Dam Road on the East, now State Route 133, a wide and long patch of asphalt moving traffic rapidly through the heart of the Shoals area; and WHEREAS, on the South, Tubbtown is surrounded by the former glistening fields of white gold, the cotton fields of home, which boast the flourishing homesites of many residents of the city, one of whom exemplifies the true nature of the bucolic land of which is herein spoken; commonly called the "Compound," it is bordered by an expanse that remains fully unexplored; and WHEREAS, the described area has constituted as the lifetime home of the Tubb girls, as well as their parents and grandparents; it is duly noted that the described area shall forever be known as Tubbtown to all who set foot or plant their roots thereon; and, those who cherish the memories of the past and the hopes of the future, shall be blessed for having resided therein; now therefore, BE IT RESOLVED BY THE HOUSE OF REPRESENTATIVES OF THE LEGISLATURE OF ALABAMA, That the area of property herein described shall be designated as Tubbtown, though not a city or a town, but as a serene and peaceful spot to be enjoyed and maintained by all who may hereinafter share it.