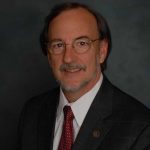 HR485 193846-1 By Representatives Davis, Faust, Baker, Shiver, Polizos and Jackson RFD: First Read: 22-MAR-18 193846-1:n:03/22/2018:DSM/tj LSA2018-1454 RECOGNIZING FIRST RESPONDERS OF BALDWIN COUNTY. WHEREAS, in the pre-dawn hours of March 13, 2018, a bus carrying approximately 45 students of Channelview High School home to Texas after a trip to Orlando, Florida, ran off the road on Interstate 10 in Baldwin County and plunged down a 60-foot ravine at Cowpen Creek; and WHEREAS, more than 60 first responders from multiple law enforcement agencies, fire and rescue agencies, and emergency medical ground and air units all responded to the scene; rescue personnel had to rappel down the concrete walls of the embankment to reach the bus, which lay on its side at the bottom of the ravine; many of the injured then had to be hauled up the ravine by first responders; and WHEREAS, starting in the dark soon after the 5:30 a.m. accident, crews worked more than three hours to free victims from the wreck; and WHEREAS, one person, driver Harry Caligone of Houston, Texas, died in the accident; at least six passengers were critically or seriously injured; all the students and adult passengers on the bus were transported to area hospitals; and WHEREAS, at that moment of tragedy, dedicated first responders and local residents did not hesitate to do all they could to rescue victims, comfort families and provide whatever services possible to deal with this emergency; in addition to those working at the scene, personnel worked for hours to divert traffic away from the scene on Interstate 10; the staff and congregation of Coastal Church in Daphne opened their facility to provide space for accident victims and their families to be reunited; and WHEREAS, the dedication, courage, professionalism, and self-sacrifice of the firefighters, paramedics, police, sheriff's deputies, helicopter crews, hospital workers, and others who responded in this emergency helped relieve suffering and possibly save lives during this tragedy; now therefore, BE IT RESOLVED BY THE HOUSE OF REPRESENTATIVES OF THE LEGISLATURE OF ALABAMA, That we hereby honor and commend all of those first responders and others who did not hesitate to do all they could to help their fellow citizens during this difficult time.