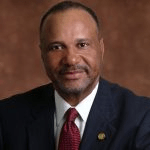 HR505 194041-1 By Representatives Knight, Holmes (A), McClammy, Alexander, Baker, Beckman, Beech, Blackshear, Boothe, Boyd, Bracy, Buskey, Butler, Chesteen, Chestnut, Clarke, Clouse, Coleman, Daniels, Drummond, England, Faust, Forte, Gaston, Givan, Greer, Grimsley, Hall, Harbison, Hollis, Holmes (M), Howard, Hurst, Ingram, Jackson, Johnson (R), Lawrence, Lee, Lovvorn, Martin, McCampbell, McCutcheon, McMillan, Millican, Moore (M), Morrow, Polizos, Pringle, Rogers, Rowe, Sanderford, Scott, Sells, Shiver, South, Todd, Wadsworth, Warren, Whorton (I) and Wood RFD: First Read: 27-MAR-18 194041-1:n:03/27/2018:DSM/tgw LSA2018-1560 MOURNING THE DEATH AND CELEBRATING THE LIFE OF MILTON EARL MCGREGOR. WHEREAS, it is with deep sorrow and regret that we note the lamentable death of Milton Earl McGregor of Montgomery, Alabama, on March 25, 2018, at the age of 78 years; Mr. McGregor served in the United States Army and was educated at Auburn University and Troy University; and WHEREAS, an entrepreneur and charitable humanitarian, Mr. McGregor created thousands of jobs and generated hundreds of millions of dollars for Alabama citizens in the form of jobs, income, taxes, and through his donations to charitable organizations; among his business enterprises, he served as Chair, President, and CEO of VictoryLand and the Birmingham Race Course; and WHEREAS, a dedicated member of Frazer United Methodist Church, Mr. McGregor served on boards of civic and charitable organizations including the Boards of Trustees of Troy University and Tuskegee University; the McGregor family generously supported Hospice of Montgomery, the United Cerebral Palsy Foundation, the American Red Cross, and numerous other civic and charitable organizations; and WHEREAS, left to cherish his memories are his wife of 50 years, Patricia Turner McGregor; daughters, Kim McGregor and her husband, Dan Hicks and Cindy Benefield and her husband, Lewis; seven grandchildren, Elizabeth Ann Matthews (Carter), Kimberly Ruth McGregor, Steven McGregor, Mary Grace Brown, Emily Rose Benefield, Mac Benefield, and Lewis Benefield, Jr.; and a host of other relatives and friends; and WHEREAS, a valued member of the community and loved by many, we join with others to celebrate his life and to mourn his death; although his presence will be greatly missed, his memory will be cherished in the hearts and minds of those who were fortunate to know him; now therefore, BE IT RESOLVED BY THE HOUSE OF REPRESENTATIVES OF THE LEGISLATURE OF ALABAMA, That the death of Milton Earl McGregor is recorded with deep sadness, and even as we mourn his death, we also celebrate his life; this resolution is offered with heartfelt sympathy to his family, whose grief is shared by many.