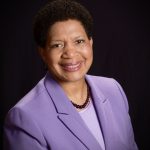 HR69 189782-1 By Representatives Clarke, Wilcox, Buskey, Bracy, Drummond, Sessions and Williams (JW) RFD: First Read: 16-JAN-18 189782-1:n:01/12/2018:JEC/jec LSA2018-262 MOURNING THE DEATH AND CELEBRATING THE LIFE OF JOHN STANFORD DAVIS. WHEREAS, John Stanford Davis was born July 26, 1916, in Lower Peach Tree, Alabama, and departed this life at the age of 101 years on August 5, 2017; and WHEREAS, PFC John Stanford Davis proudly served our country in the U. S. Army during World War II, as a member of the 92nd Infantry Division Buffalo Soldiers and was appointed one of General Patton's first black MPs; he guarded German SS Officers; as an interpreter, he interrogated numerous German POWs; and WHEREAS, his tour of duty included French Morocco, Algiers, Rome-Arno, South France, and Rhineland Germany; his awards and commendations include the European-African-Middle Eastern Campaign Medal and an honorable discharge; and WHEREAS, PFC John Stanford Davis served our country with dignity and honor to ensure the freedom we have today; now therefore, BE IT RESOLVED BY THE HOUSE OF REPRESENTATIVES OF THE LEGISLATURE OF ALABAMA, That while grieving the death of John Stanford Davis, we are extremely grateful for his abundant life, and we offer this resolution in highest tribute to his legacy, as well as in heartfelt sympathy to his family and friends.