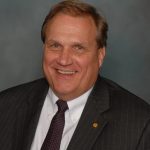 This bill would provide for an amnesty program for all taxes administered by the Department of Revenue except motor fuel taxes, motor vehicle taxes, and property taxes

This bill would provide for an amnesty program for all taxes administered by the Department of Revenue except motor fuel taxes, motor vehicle taxes, and property taxes

This act shall be known as and may be cited as the Alabama Tax Delinquency Amnesty Act of 2018.

Definitions. For the purposes of this act, the following terms have the following meanings: (1) COMMISSIONER. The Commissioner of the Department of Revenue. (2) CONTACT or CONTACTED. Previous contact of any kind with the department, or an agent of the department, within two years prior to submitting an initial amnesty application. The term includes returns filed for the tax types included in the application for tax periods beginning before the look-back period. The term includes, but is not limited to, with regard to potential liability for the type of tax identified in the amnesty application, any of the following: a. An audit or notice of audit. b. Payment of tax. c. Registration for tax. d. Request for extension of time to file. e. Making a payment of estimated tax. f. Filing a return. g. Non-compliance issued in response to an application for a certificate of good standing or a certificate of compliance by the taxpayer or on behalf of the taxpayer. (3) COURIER. A messenger other than the United States Postal Service that delivers parcels, packages, or similar items containing returns, reports, and other documents or payments. (4) DEPARTMENT. The Department of Revenue. (5) LOOK-BACK PERIOD. The last three full tax years or 36 months of eligible tax returns that are delinquent. (6) POSTMARK. An official mark made by the United States Postal Service on a piece of mail to cancel the stamp and to indicate the place and date of sending. (7) TAX PERIOD. Any period for which a tax return is required by law to be filed with the department. (8) TAXPAYER. An individual or entity subject to a tax imposed by this state, payable to this state, and collected by the department.

General criteria. (a) The department shall develop and implement a tax amnesty program in accordance with this act. The commissioner may adopt rules necessary for the implementation and administration of the program. The commissioner shall publicize the program in order to maximize public awareness of and participation in the program. The commissioner may publicize the program by contracting with any advertising agency within or outside the state and use public service announcements, pamphlets, mail notices, and print, television, and radio announcements. The publications shall operate to increase public awareness that the program will provide amnesty for taxpayers who have not been contacted by the department in the past two years concerning the tax type for which amnesty is being applied. (b) The tax amnesty program shall be effective for the period beginning July 1, 2018, and ending on September 30, 2018. The program shall apply to all taxes administered by the department except for motor fuel, motor vehicle, and property taxes.

Eligibility. (a) Notwithstanding any provision of law to the contrary, and except as provided in subsection (b) of Section 3, the following taxes are eligible for amnesty: (1) Taxes due prior to January 1, 2017. (2) Taxes for taxable periods that began before January 1, 2017. (b) Participation in the amnesty program shall be conditioned upon the agreement of the taxpayer to waive any right to protest or initiate an administrative or judicial proceeding. The agreement shall apply only to the specific tax and the tax period for which amnesty is granted. (c) Amnesty may be granted only for eligible taxes to eligible taxpayers who have not been contacted by the department in the past two years concerning the tax type for which amnesty has been applied and who apply for amnesty during the amnesty period prescribed by this act. Amnesty applications must be submitted in an electronic manner as prescribed by the department. (d) Amnesty applications shall include a written waiver of all rights, restrictions, delays for assessing, collecting, or protesting taxes and interest due as set forth in Chapter 2A and Chapter 2B of Title 40 of the Code of Alabama 1975. The filing of the applications shall make the applicable tax ineligible for refund, credit, or claim against the state and ineligible for redetermination. A taxpayer shall be eligible for a refund or credit if the overpayment arises after the amnesty application is submitted and is attributable to a properly claimed Alabama net operating loss or an adjustment made by the Internal Revenue Service to the taxpayer's federal income tax, and the taxpayer provides notice of the adjustment to the commissioner within 60 days of receipt of the adjustment from the Internal Revenue Service. A taxpayer who files an application for amnesty retains all administrative and judicial rights of appeal with respect to any additional tax assessed by the department.

Ineligible taxpayers. Tax amnesty may not be granted to a taxpayer under any of the following circumstances: (1) The taxpayer is a party to a criminal investigation or criminal litigation in a court of the United States or this state pending on the effective date of this act for nonpayment, delinquency, or fraud in relation to any state tax imposed by this state and administered by the department. (2) The taxpayer has delivered or disclosed a false or fraudulent application, document, return, or other statement to the department in connection with an amnesty application. (3) The taxpayer has been issued a final assessment in which the appeal period has ended pursuant to Section 40-2A-7, Code of Alabama 1975. (4) The taxpayer has entered into a voluntary disclosure agreement with the department before December 31, 2017. (5) The taxpayer has been granted amnesty for the tax type as part of the Alabama Tax Delinquency Amnesty Act of 2016, Chapter 29A of Title 40, Code of Alabama 1975.

Amnesty requirements. (a) An eligible taxpayer who is granted amnesty for an eligible tax type shall comply with all of the following requirements: (1) Submit to the department by November 15, 2018, all applicable returns, supporting documentation, and the full payment of the tax. No payment plans will be entered into for taxes that are approved for amnesty. An amnesty payment or return submitted in a properly addressed envelope with sufficient postage delivered by the United States Postal Service is deemed paid or received on the date it is postmarked. An amnesty payment or return delivered by courier or taxpayer is deemed paid or received on the date it is delivered to the department's headquarters or a regional office. (2) Include the current year return with the amnesty returns filed for the eligible tax type. Penalties for failure to timely file a return and failure to timely pay in accordance with subsections (a) and (b) of Section 40-2A-11, Code of Alabama 1975, respectively, shall be waived. Waiver of interest does not apply to current year returns. (b) No interest shall be paid on refunds for a tax period for which amnesty is granted. (c) If the taxpayer complies with the provisions of this act, the taxpayer is deemed to be in compliance with the department for the tax type for which amnesty was granted. (d) If the approved taxpayer fails to fulfill all the requirements of this section, the amnesty agreement shall be deemed null and void.

Penalties. (a)(1) For taxable periods beginning on or after January 1, 2017, and before December 31, 2024, taxpayers that are granted amnesty and later fail to comply with any payment or filing provision administered by the department shall be subject to the penalty for underpayment due to negligence under subsection (c) of Section 40-2A-11, Code of Alabama 1975, or a civil penalty of one hundred dollars ($100), whichever is greater. (2) A taxpayer who delivers or discloses a false or fraudulent application, document, return, or other statement to the department in connection with an amnesty application is subject to the penalty for underpayment due to fraud under subsection (d) of Section 40-2A-11, Code of Alabama 1975, or a civil penalty of ten thousand dollars ($10,000), whichever is greater. (b) Following the termination of the tax amnesty period, if the commissioner issues a deficiency assessment for a period for which amnesty was taken, the commissioner may impose penalties and institute civil or criminal proceedings as authorized by law only with respect to the difference between the amount shown on the amnesty application and the correct amount of tax due. The commissioner may impose by rule, after the expiration of the tax amnesty period, a cost of collection penalty not to exceed twenty percent of any additional deficiency assessed for any taxable period for which amnesty was taken. This penalty shall be in addition to all other applicable penalties, fees, or costs. The commissioner may waive any or all of the collection penalty when it is demonstrated that any deficiency of the taxpayer was not due to negligence, intentional disregard of administrative rules, or fraud. The imposition of penalties or civil or criminal proceedings shall not invalidate the amnesty that was previously granted. No penalty shall be imposed if the deficiency results from an adjustment made by the Internal Revenue Service to the taxpayer's federal income tax and the taxpayer provides written notice of the adjustment to the commissioner within 60 days of receipt of the adjustment from the Internal Revenue Service or if the taxpayer's application for amnesty was based on a proposed assessment or notice of assessment.

Distribution of proceeds. (a) The Department shall retain an amount not to exceed two hundred fifty thousand dollars ($250,000) for advertising, programming, and other amnesty related expenses from monies collected from taxes paid pursuant to this act. The amount is hereby appropriated to the department and shall be in addition to any and all other funds appropriated for the fiscal year beginning October 1, 2017. (b) After satisfaction of the requirements of subsection (a), all remaining monies collected pursuant to this act shall be paid into the State Treasury and placed in the appropriate state funds for the specific tax collected pursuant to state law. Section 10. This act shall become effective immediately following its passage and approval by the Governor, or its otherwise becoming law.