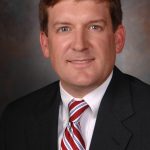 (a) In order to accomplish infrastructure improvements contemplated for the benefit of the Alabama State Docks, the Alabama Highway Finance Corporation shall have the following powers, in addition to all powers set forth in Article 7, Chapter 1, Title 23, Code of Alabama 1975. (1) To borrow money and issue its bonds in evidence thereof, in a principal amount not to exceed one hundred fifty million dollars ($150,000,000), for the purpose of financing the widening and deepening of the Mobile Ship Channel and improvements related thereto. No bond issued by the Corporation for this purpose shall have a specified maturity date later than twenty years after its issuance date. (2) To issue from time to time one or more series of refunding bonds for the purpose of refunding any bonds issued pursuant to subdivision (1) or bonds previously issued to refund such bonds, in any case, however, having a final maturity that is not later than the final maturity of the bonds being refunded. (3) As security for payment of the principal of and the interest on its bonds issued pursuant to the provisions of this act, to pledge the proceeds of appropriations made for that purpose. (4) To enter into contracts with the Alabama State Port Authority, the State Department of Transportation of Alabama or other agency performing any of the functions thereof, the United States Corps of Engineers and any other branch of the federal government in furtherance of its public purposes and objects either relative to the work done or to be done. Except as expressly set forth above, all bonds issued pursuant to this act shall be governed by and issued in accordance with Section 23-1-177. (b) The proceeds of all bonds, other than refunding bonds, issued by the corporation pursuant to the provisions of this act remaining after paying the expenses of their issuance shall be applied to the state's share of the cost of the widening and deepening of the Mobile Ship Channel, either directly or by assignment to the Alabama State Port Authority for such purpose. The proceeds from the sale of any refunding bonds of the corporation remaining after paying the expenses of their issuance shall be used only for the purpose of refunding the principal of outstanding bonds of the corporation and of paying any premium that may be necessary to be paid in order to redeem or retire the bonds to be refunded. Proceeds from the sale of any bonds may be invested pending their disposition in investments pursuant to subsection (b) of Section 23-1-178, Code of Alabama 1975. (c) Out of the revenues appropriated and pledged for such purpose, the State Treasurer is authorized and directed to pay the principal of and interest on the bonds issued by the corporation under the provisions of this section, as such principal and interest shall respectively mature, and is further authorized and directed to set up and maintain appropriate records pertaining thereto. (d) As used herein, the term "Mobile Ship Channel" shall mean the existing ship channel having its northern terminus seven thousand (7,000) feet north of the mouth of the Mobile harbor, and its southern terminus approximately nautical miles south of Fort Morgan, comprising approximately autical miles in length.