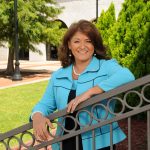 This bill would authorize the statewide 911 Board to administer a statewide voice and data system, to fund grants for the various 911 districts in the state, and to develop and publish an annual report on the status of 911 service in this state

This bill would authorize the statewide 911 Board to administer a statewide voice and data system, to fund grants for the various 911 districts in the state, and to develop and publish an annual report on the status of 911 service in this state

(b) The 13 members of the 911 Board, each of whom shall serve for a term of four years, shall be appointed by the Governor as follows:

(2) Two members recommended by CMRS providers licensed to do business in Alabama.

(4) Two members recommended by cable companies that provide interconnected VoIP services in Alabama, who shall not be from the same cable company.

(c) For purposes of the initial board appointments, (1) five members of the board shall be appointed for a four-year term; (2) four members for a three-year term; (3) the three members of the CMRS Board who are appointed pursuant to subdivision (1) of subsection (b) to terms ending on March 31, 2014; and (4) the remaining member for a two-year term. Thereafter, board members shall serve staggered terms of four years. In the event of vacancy, the vacancy shall be filled for the balance of the unexpired term in the same manner as the original appointment. Any vacancy occurring on the 911 Board, whether for an expired or unexpired term, shall be filled by appointment as soon as practicable after the vacancy occurs, whether for an expired or unexpired term.

(d) For all terms expiring after June 1, 2014, the governmental entities or industry groups identified in subsection (b) shall recommend at least two different persons for each board position for which they are charged with making a recommendation, with the Governor appointing a member from among such recommended candidates. For all terms expiring after July 1, 2015, appointments made by the Governor shall be subject to confirmation by the Senate as provided in this subsection. Appointments made at times when the Senate is not in session shall be effective immediately ad interim and shall serve until the Senate acts on the appointment as provided herein. Any appointment made while the Senate is not in session shall be submitted to the Senate not later than the third legislative day following the reconvening of the Legislature. In the event the Senate fails or refuses to act on the appointment, the person whose name was submitted shall continue to serve until action is taken on the appointment by the Senate.

(e) The statewide 911 Board shall have the following powers and duties:

(1) To develop and publish a 911 State Plan Annual Report. In fulfilling this duty, the 911 Board shall monitor trends in voice communications service technology and in enhanced 911 service technology, investigate, and incorporate Geographical Information Systems (GIS) mapping and other resources into the plan report, and formulate include recommended strategies for the efficient and effective delivery of enhanced 911 service. In addition, the board, in conjunction with the Permanent Oversight Commission and utilizing the information developed by the Department of Examiners of Public Accounts pursuant to Section 11-98-13.1, shall study the operational and financial condition of the current 911 systems within the State of Alabama and publish a report detailing the same; study the rates charged for wireline 911 services and make adjustments to the rates as provided in this chapter; recommend a long-term plan for any statutory changes necessary to ensure the most efficient and effective delivery of 911 services in Alabama over both the long- and short-term; recommend any legislation necessary to implement the long-term plan; and report its recommendations provide a copy of its 911 Annual Report to the Permanent Oversight Commission no later than February 1, 2014 members of the boards of the districts in the state through the Alabama Association of 911 District.

(3) To distribute revenue in the 911 Fund in accordance with this chapter.

(7) To undertake its duties in a manner that is competitively and technologically neutral as to all voice communications service providers.

(8) To administer the deployment and operation of a statewide 911 voice and data system that utilizes emerging communication technologies which are capable of connecting to a 911 system and delivering 911 and emergency information to districts. The board shall use its available revenue to pay obligations under the contracts and agreements for a statewide 911 voice and data system.

(8)(9) To adopt rules in accordance with the Administrative Procedure Act to implement this chapter; to establish the statewide 911 charge; and, in response to technological changes, apply, collect, and remit the statewide 911 charge, without duplication, to the active service connections of other originating service providers that are technically capable of accessing a 911 system, subject to the provisions applicable to voice communications service providers under this chapter. Any proposed rule extending the application of the 911 charge beyond those voice communication services defined in paragraphs a. to c., inclusive, of subdivision (18) of Section 11-98-1, upon approval by the 911 Board shall be submitted to the Permanent Oversight Committee which, by an affirmative vote of six of its members, may disapprove the action. If not disapproved by the Permanent Oversight Committee within 15 days of submission, the proposed rule shall be deemed adopted by the 911 Board on the fifteenth day after submission and shall be certified to the Legislative Reference Service in accordance with the Administrative Procedure Act. This authority does not include the regulation of any 911 service, such as the establishment of technical standards.

(9)(10) To take other necessary and proper action to implement this chapter."