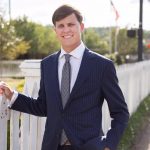 Will Dismukes
Session
Regular Session 2019
Title
Parental rights, provide that a conviction of a parent for rape or incest is a ground for termination of parental rights if the rape or incest resulted in the conception of the child, Sec. 12-15-319 am'd.
Description

To amend Section 12-15-319, Code of Alabama 1975, to create Jessi's law; to provide for termination of parental rights of a person who commits the crime of rape in the first degree or incest if the rape or incest results in the conception of the child.

To amend Section 12-15-319, Code of Alabama 1975, to create Jessi's law; to provide for termination of parental rights of a person who commits the crime of rape in the first degree or incest if the rape or incest results in the conception of the child.

This act shall be known and may be cited as "Jessi's Law."

(1) That the parents have abandoned the child, provided that in these cases, proof shall not be required of reasonable efforts to prevent removal or reunite the child with the parents.

(2) Emotional illness, mental illness, or mental deficiency of the parent, or excessive use of alcohol or controlled substances, of a duration or nature as to render the parent unable to care for needs of the child.

(4) Conviction of and imprisonment for a felony.

(5) Commission by the parents of any of the following:

a. Murder or manslaughter of another child of that parent.

b. Aiding, abetting, attempting, conspiring, or soliciting to commit murder or manslaughter of another child of that parent.

(6) Unexplained serious physical injury to the child under those circumstances as would indicate that the injuries resulted from the intentional conduct or willful neglect of the parent.

(7) That reasonable efforts by the Department of Human Resources or licensed public or private child care agencies leading toward the rehabilitation of the parents have failed.

(8) That parental rights to a sibling of the child have been involuntarily terminated.

(9) Failure by the parents to provide for the material needs of the child or to pay a reasonable portion of support of the child, where the parent is able to do so.

(10) Failure by the parents to maintain regular visits with the child in accordance with a plan devised by the Department of Human Resources, or any public or licensed private child care agency, and agreed to by the parent.

(11) Failure by the parents to maintain consistent contact or communication with the child.

(12) Lack of effort by the parent to adjust his or her circumstances to meet the needs of the child in accordance with agreements reached, including agreements reached with local departments of human resources or licensed child-placing agencies, in an administrative review or a judicial review.

(b) A rebuttable presumption that the parents are unable or unwilling to act as parents exists in any case where the parents have abandoned a child and this abandonment continues for a period of four months next preceding the filing of the petition. Nothing in this subsection is intended to prevent the filing of a petition in an abandonment case prior to the end of the four-month period."