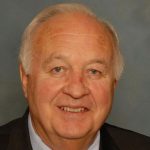 The Executive Director of the statewide 911 Board shall prepare an annual report detailing the training provided and administered by the 911 Board for 911 dispatchers. The report shall be submitted to the President Pro Tempore of the Senate and the Speaker of the House of Representatives on February 1, 2020, and by February 1 each year thereafter.