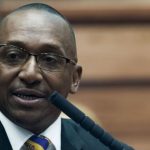 This act shall be known and may be cited as the Alabama Injection-Associated Infectious Disease Elimination Act.

The Legislature finds each of the following: (1) Heroin use and other injection drug use is at a 20-year high. (2) The epidemic of opioid misuse and addiction has led to increased numbers of people who inject drugs, placing new populations at increased risk for human immunodeficiency virus (HIV) and hepatitis C virus (HCV). Rural and nonurban areas with limited HIV and HCV prevention and treatment services or substance use disorder treatment services, traditionally areas at low risk for HIV and HCV, have been disproportionately affected. (3) Sharing needles, syringes, and other injection drug use equipment is a direct route of transmission for both HIV and HCV, as well as some other infections. Persons of all ages who do not misuse, abuse, or inject heroin, opioids, or other drugs may nevertheless be exposed to and contract injection-associated infectious diseases including, but not limited to, HIV and HCV. (4) Alabama continues to see new cases of HIV, with 672 newly diagnosed in 2016, bringing the total number of individuals living with HIV in Alabama to at least 13,437. Injection drug use accounts for at least nine percent of all cases of HIV in Alabama. (5) Cases of acute HCV in Alabama increased 360 percent in the period from 2010 to 2016, and most new cases are related to injection drug use. (6) There were 836 confirmed drug overdose deaths in Alabama in 2017, a 44 percent increase from 2013. (7) Several counties in Alabama share characteristics with Scott County, Indiana, which experienced a major outbreak of HIV and HCV in late 2014 and early 2015 directly related to injection drug use brought on by the epidemic of prescription opioid misuse and abuse. Other counties in Alabama may be at risk based on the number of drug overdose deaths and overdose reversals by emergency responders. (8) The lifetime treatment cost of an individual living with HIV is conservatively estimated at three hundred eighty thousand dollars ($380,000), and the average treatment cost for an individual who contracts HCV is approximately eighty thousand dollars ($80,000). The estimated lifetime cost of treating all the people infected in the 2014-15 Scott County, Indiana, outbreak was seventy million dollars ($70,000,000). (9) Injection-associated infectious diseases such as HIV and HCV can also be contracted accidentally by health care providers, law enforcement officers, first responders, other emergency personnel, sanitation workers and other individuals, including members of the general public, through needle stick injuries.

As used in this act, the following words shall have the following meanings: (1) CONTROLLED SUBSTANCE. The term as defined in Section 20-2-2, Code of Alabama 1975. (2) DEMONSTRATED NEED. Experiencing or at risk for a significant increase in infectious disease due to factors including, but not limited to, those identified by the federal Centers for Disease Control and Prevention (CDC). (3) INDIVIDUAL WHO INJECTS DRUGS. An individual who uses a syringe or hypodermic needle to inject a controlled substance into the individual's own body. (4) INFECTIOUS DISEASE. A disease that may be spread by intentional or unintentional needle sticks, including, but not limited to, the Human Immunodeficiency Virus and the Hepatitis C Virus. (5) LOCAL HEALTH AUTHORITY. A county board of health constituted under Section 22-3-1, Code of Alabama 1975. (6) PROGRAM. An injection-associated infectious disease elimination pilot program established pursuant to

(7) PROGRAM PARTICIPANT. An individual who injects drugs and who is an active registered participant in a program and who is provided an official certificate card from a program.