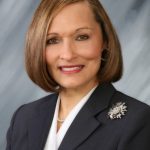 Under Act 2019-189, effective November 15, 2019, abortion or attempted abortion is a felony except to prevent serious health risks to the mother

Relating to abortion; to provide legislative findings; and to repeal Act 2019-189, 2019 Regular Session, providing for criminal penalties for the performance of an abortion or attempted abortion.

Under Act 2019-189, effective November 15, 2019, abortion or attempted abortion is a felony except to prevent serious health risks to the mother

Relating to abortion; to provide legislative findings; and to repeal Act 2019-189, 2019 Regular Session, providing for criminal penalties for the performance of an abortion or attempted abortion.

The Legislature finds and declares the following: (1) Act 2019-189, enacted during the 2019 Regular Session, makes it a felony to perform an abortion or to attempt an abortion, and other than an exception relating to the health of the mother, the act provides no other exception to the criminal penalties. (2) This law has been immediately criticized as one of the strictest abortion laws in the country and even religious conservatives have questioned the lack of reasonable exceptions to the prohibition; for example, televangelist Pat Robertson has labeled the law as "extreme" and concludes that Alabama has "gone too far." (3) President Donald Trump has also questioned the reach of this law; he tweeted, "I am strongly Pro-Life, with the three exceptions - Rape, Incest and protecting the Life of the mother - the same position taken by Ronald Reagan. . . ." (4) The overreach of this law has already served as the catalyst for a tarnished view of our state, which will only serve to negatively impact tourism and our economy; numerous groups are already calling for a boycott of our state and other states and localities are choosing not to authorize the spending of state resources on travel to our state. (5) Proponents of the law readily concede that the law is unconstitutional under existing caselaw and is headed for a long and expensive court battle, which will, in turn, unnecessarily cost the taxpayers of this state. (6) Rather than spending state funds on unnecessary and unfruitful legal battles, our resources would be better preserved to address the immediate and urgent needs of Alabamians in this state, including the following: a. The infant mortality crisis; in 2017, Alabama had the fourth worst infant mortality rate in the country: 7.4 deaths per 1,000 live births. b. The rural health care crisis in this state; a lack of access to health care in rural areas, access to hospitals, and retention of physicians perpetuates poverty, preventable diseases and illnesses, and is a significant contributing factor to Alabama's 49th ranking in the nation for life expectancy rates. c. The health insurance crisis; this state's failure to expand Medicaid has left more than 140,000 Alabamians uninsured and without access to basic health care.

Act 2019-189, 2019 Regular Session, providing criminal penalties for the performance of an abortion or attempted abortion, is repealed.