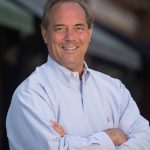 This act shall be known and cited as the Jackson County Preservation of Justice Act.

The Legislature hereby finds and declares the following: (1) The financial restraints existing in the State General Fund budget have resulted in a shortfall to the Unified Judicial System that has caused the layoff of many judicial employees. In Jackson County, three employees in the circuit clerk’s office who were scheduled for layoff have been temporarily retained with alternate funding other than funds appropriated to the Unified Judicial System; however, this alternate funding cannot be relied upon in the future. Revenue from this act will restore funding for some judicial employees in the circuit. (2) This act addresses this problem by increasing court costs.

In addition to any court costs and fees authorized by law, additional court costs shall be assessed in certain Jackson County Circuit Court and District Court cases as follows: (1) In the circuit court: a. In civil cases, except for domestic relation cases, one hundred dollars ($100). b. In domestic relations cases, seventy-five dollars ($75). c. In criminal cases, including cases appealed from the district and municipal courts, twenty dollars ($20). (2) In District Court: a. In civil cases, excluding unlawful detainer, small claims, and child support cases, twenty dollars ($20). b. In criminal cases, including DUI cases, but excluding other traffic cases and negotiating worthless negotiable instrument cases, twenty dollars ($20).

The circuit clerk presiding circuit judge, of Jackson County may enter into a memorandum of understanding with the Administrative Office of Courts for the payment of all or a portion of the funds from the Jackson County Judicial Employees Fund to the Administrative Office of Courts for the purpose of providing the staffing needs of the judicial system of Jackson County. If the Administrative Office of Courts fails or refuses to enter into or withdraws from a memorandum of understanding to receive funds from the Judicial Employees Fund, or if the presiding circuit judge determines that staffing needs should be otherwise provided, then all or a portion of the proceeds of the fund may be expended for the staffing needs as deemed appropriate by the circuit clerk and presiding circuit judge.