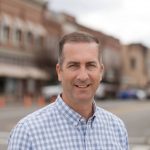 To propose an amendment to the Constitution of Alabama of 1901, relating to Colbert County; to further provide for the justification for a person to use deadly physical force in self-defense or in the defense of another person on the premises of a church under certain conditions.

To propose an amendment to the Constitution of Alabama of 1901, relating to Colbert County; to further provide for the justification for a person to use deadly physical force in self-defense or in the defense of another person on the premises of a church under certain conditions

The following amendment to the Constitution of Alabama of 1901, is proposed and shall become valid as a part of the Constitution when all requirements of this act are fulfilled: PROPOSED AMENDMENT (a) This amendment shall apply only in Colbert County. (b) The following definitions are applicable to this amendment: (1) CHURCH. A bona fide duly constituted religious society or ecclesiastical body of any sect, order, or denomination, or any congregation thereof. (2) DEADLY PHYSICAL FORCE. Force which, under the circumstances in which it is used, is readily capable of causing death or serious physical injury. (3) FORCE. Physical action or threat against another, including confinement. HB135 (4) PREMISES. The term includes any building, as defined in this section, and any real property. (c) A person may use deadly physical force, and is legally presumed to be justified in using deadly physical force in self-defense or the defense of another person, if the person reasonably believes that another person is using or about to use physical force against an employee, volunteer, member of a church, or any other person authorized to be on the premises of the church when the church is open or closed to the public while committing or attempting to commit a crime involving death, serious physical injury, robbery in the first degree, or kidnapping in the first degree. (d) A person who is justified under subsection (c) in using deadly physical force, who is not engaged in an unlawful activity, and is in any place where he or she has the right to be, has no duty to retreat and has the right to stand his or her ground. (e) A person who uses force, including deadly physical force, as justified and permitted in this amendment is immune from criminal prosecution and civil action for the use of such force, unless the force was determined to be unlawful or in violation of Section 13A-3-21, Code of Alabama 1975. (f)(1) Prior to the commencement of a trial in a case in which a defense is claimed under this amendment, the HB135 court having jurisdiction over the case, upon motion of the defendant, shall conduct a pretrial hearing to determine whether deadly force, used by the defendant was justified or whether it was unlawful under this amendment. During any pretrial hearing to determine immunity, the defendant must show by a preponderance of the evidence that he or she is immune from criminal prosecution. (2) If, after a pretrial hearing under subdivision (1), the court concludes that the defendant has proved by a preponderance of the evidence that force, including deadly force, was justified, the court shall enter an order finding the defendant immune from criminal prosecution and dismissing the criminal charges. (3) If the defendant does not meet his or her burden of proving immunity at the pretrial hearing, he or she may continue to pursue the defense of self-defense or defense of another person at trial. Once the issue of self-defense or defense of another person has been raised by the defendant, the state continues to bear the burden of proving beyond a reasonable doubt all of the elements of the charged conduct. (f) A law enforcement agency may use standard procedures for investigating the use of force described in subsection (b), but the agency may not arrest the person for using force unless it determines that there is probable cause that the force used was unlawful. HB135

The appropriate election official shall assign a ballot number for the proposed constitutional amendment on the election ballot and shall set forth the following description of the substance or subject matter of the proposed constitutional amendment: "Relating to Colbert County, proposing an amendment to the Constitution of Alabama of 1901, to provide that a person is not liable for using deadly physical force in self-defense or in the defense of another person on the premises of a church under certain conditions." "Proposed by Act _________." This description shall be followed by the following language: "Yes ( ) No ( )." HB135 Speaker of the House of Representatives President and Presiding Officer of the Senate House of Representatives I hereby certify that the within Act originated in and was passed by the House 25-FEB-20. Jeff Woodard Clerk Senate 06-MAY-20 Passed