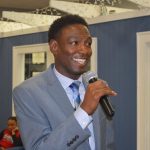 Sections 32-12-20 and 32-12A-1, Code of Alabama 1975, as last amended by Act 2019-104, 2019 Regular Session, are amended to read as follows: "§32-12-20. "It is unlawful for any person to do any act forbidden or to fail to perform any act required by this chapter. The parent of any child and the guardian of any ward shall not authorize or knowingly permit any such child or ward to violate any of the provisions of this chapter. As used herein, the term motor-driven cycle shall include every motorcycle weighing when fully equipped less than 200 pounds and every bicycle with motor attached, excludiing an electric bicycle, and every motor scooter. "§32-12A-1. "For purposes of this chapter, the following terms shall have the following meanings: "(1) ALL-TERRAIN VEHICLES (ATV). Every motor vehicle 60 inches or less in width, having a dry weight of 1,500 pounds or less, designed to travel on three or more non-highway tires, and manufactured for off-road use by a single operator or by an operator and not more than one passenger as provided by the manufacturer. "(2) OFF-ROAD VEHICLE. Any motorized vehicle not designed for use on a highway and capable of cross-country travel on land, snow, ice, marsh, swampland, or other natural terrain. The term includes any all-terrain vehicle and recreational off-highway vehicle. The term excludes any electric bicycle; any golf cart; any vehicle used for military, fire, emergency, or law enforcement purposes; any motorboat; any vehicles used exclusively on airport property; all farm machinery, farm tractors, and other self-propelled equipment for harvesting and transportation of forest products, for clearing land for planting, for utility services and maintenance, or for earth moving, construction, or mining; and self-propelled lawnmowers, snowblowers, and garden or lawn tractors while such vehicles are being used exclusively for their designed purposes. The term does not include any motor vehicle for which a certificate of title is required by Chapter 8. "(3) RECREATIONAL OFF-HIGHWAY VEHICLE. Any off-road vehicle 80 inches or less in width, having a dry weight of 2,500 pounds or less, designed and manufactured to travel on four or more non-highway tires for off-road use by an operator and the number of passengers as provided by the manufacturer. "(4) SECRETARY. The Secretary of the Alabama State Law Enforcement Agency."