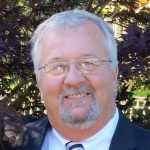 This act shall become effective on the first day of the third month following its passage and approval by the Governor, or its otherwise becoming law. HB426 Speaker of the House of Representatives President and Presiding Officer of the Senate House of Representatives I hereby certify that the within Act originated in and was passed by the House 04-MAY-20. Jeff Woodard Clerk Senate 06-MAY-20 Passed