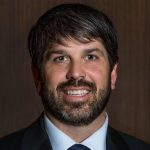 To amend Section 39-2-6, Code of Alabama 1975, relating to competitive bidding on state public works contracts; to allow a public two-year or four-year institution of higher education authority to negotiate with the lowest responsible and responsive bidder under certain specified circumstances.