Who is Garlan Gudger? 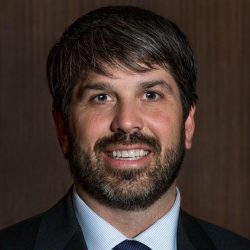 Southern Accents has created architectural installations for Garden & Gun magazine including: The VIP lounge at Sloss Music Festival in Birmingham, AL in 2015 and 2016; and the Pilgrimage Music Festival in Nashville, TN in 2017 and 2018.

Senator Gudger has also worked with designer Billy Reid to create backdrops for New York Fashion Week runway shows and architectural installations for the Billy Reid Shindig in Florence, AL. He has also been asked to create several backdrops for CMT videos. Gudger is also the owner of Southern Makers - an event showcasing the best makers in the southeast.

In 2004, Gudger became the youngest member in the history of the City of Cullman to be elected to the Cullman City Council. He served on the council for 14 years and was elected to serve as its president for the last ten. While serving on the city council, Senator Gudger helped create a façade improvement program and streetscape projects that started a renaissance in downtown Cullman after the 2011 tornadoes.

He is a graduate of Cullman High School and received a football scholarship to Samford University where he played receiver. Senator Gudger graduated from Auburn University with a BA in Building Science and a minor in Business. He was selected for the prestigious PIN (Preservation Institute of Nantucket) through the University of Florida.

Senator Gudger is married to Heather Pierce Gudger of Huntsville. They have 2 boys: Tripp (16) and Pierce (13).

Garlan Gudger from Cullman, AL has participated in elections listed below in the state of Alabama.

The below links are relevant to Garlan Gudger from Cullman, AL and are articles or opinion pieces published on Bama Politics. Are you Garlan Gudger? Do you have an opinion on Garlan Gudger? Publish an article in our opinion section and your article will appear here. A great way for our visitors to find your content and learn more about your views. Use this contact form to find out how.