Who is Andy Blalock? 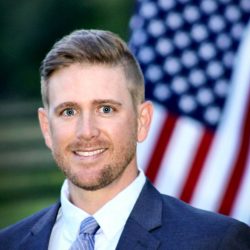 Andy is from the wonderful small town of Collinwood, TN, where he was raised on Christian principles. He grew up on a small horse and pig farm where he learned that hard work and success are synonymous with one another. Andy was the first male in his family to attend college and earn a degree. He graduated from the University of North Alabama in 2007 with a degree in biology and secondary education.

He moved to Huntsville, AL in 2007 and has been teaching for the Academy for Science & Foreign Language for 15 years as a middle school Science Teacher, SGA sponsor, and Positive Behavioral Instructional Support chair. Andy loves basketball and has coached youth teams and middle school. In 2011 he moved to Athens, AL and purchased Grassland Ranch where he has taught kids and adults how to ride horses and barrel race. Andy enjoys helping others and meeting new people. He has served as the National Barrel Horse Association (NBHA) director over 13 North Alabama Counties and developed the “Honey Pot Barrel Racing Productions” hosting barrel racing events all over Tennessee and Alabama.

When you ask Andy how he grew from a young man with two sisters in an 850 sq. ft home to the first male in his family to graduate college and own a ranch in Athens he will tell you it's by building bridges and losing the matches. “You do not get anywhere in life by simply thinking about it or wishing for it. Hard work, an optimistic attitude, and respect for others will take you very far. Whatever you want must be a priority.”

Andy is blessed to reside in Athens, married to his husband Colton Bullard and surrounded by many wonderful people who have made this run for Congress a possibility.

Andy’s wish is to become a member of the 118th United States Congress and represent the great people of North Alabama, as well as conservative patriots throughout the United States of America. Together, we can define Alabama in Congress as the most patriotic, loving, and constitutional state in America and debunk every evil narrative put forward by the radical left.

Andy Blalock from Athens, AL has participated in elections listed below in the state of Alabama.

The below links are relevant to Andy Blalock from Athens, AL and are articles or opinion pieces published on Bama Politics. Are you Andy Blalock? Do you have an opinion on Andy Blalock? Publish an article in our opinion section and your article will appear here. A great way for our visitors to find your content and learn more about your views. Use this contact form to find out how.