Who is Bill Gillespie, Jr.? 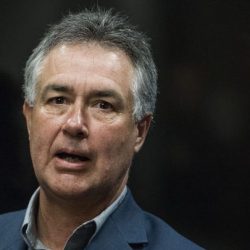 On January 18, 2011, Council President William W. "Bill" Gillespie, Jr. was sworn in as Mayor of the City of Prattville.

Mayor Gillespie was first elected to the Prattville City Council in 2004. He served District 1 in that capacity for over six years. He became the second generation to serve the citizens through government. His father, “Billy” Gillespie, served on the City Council from 1984 – 1992 and his dedication and service to the community became an inspiration to his son.

Mayor Gillespie serves on the City of Prattville Planning Commission.

Bill Gillespie, Jr. was born May 7, 1958 to Billy Gillespie and his wife Virginia, a native of Michigan. He has two brothers and one sister. Since 1955, the Gillespie family has operated an auto service and repair company in Prattville. Bill, Jr. began working for the family business in 1970, and took over its management in 1980.

Bill is married to the former Stephanie Cannady. They have two children, a son, Bobby, and a daughter, Kendall. Bobby is a Huntingdon graduate and now manages the family business. Bobby is also in real estate sales. Bobby married the former Jennifer Camp in March 2014 and their first child, Lucy, was born on September 30, 2015. Kendall is employed at Glynwood Dental.

Bill Gillespie, Jr. from Prattville, AL has participated in elections listed below in the state of Alabama.

The below links are relevant to Bill Gillespie, Jr. from Prattville, AL and are articles or opinion pieces published on Bama Politics. Are you Bill Gillespie, Jr.? Do you have an opinion on Bill Gillespie, Jr.? Publish an article in our opinion section and your article will appear here. A great way for our visitors to find your content and learn more about your views. Use this contact form to find out how.