Who is Brandon Shoupe? 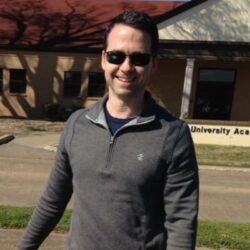 Brandon Shoupe represents the people of District 4 in Houston County. He has done so since his election in 2014. Before the pandemic, he held regular town halls in his district. He also keeps a close eye on county expenses and does his best to stretch tax dollars as far as possible.

While pursuing a degree at Auburn University, he worked at the National Security Agency at Ft. Meade, MD. At the NSA, he worked on several national security-related projects and was present during the terrorist attacks of September 11th, 2001.

Brandon Shoupe from Dothan, AL has participated in elections listed below in the state of Alabama.

The below links are relevant to Brandon Shoupe from Dothan, AL and are articles or opinion pieces published on Bama Politics. Are you Brandon Shoupe? Do you have an opinion on Brandon Shoupe? Publish an article in our opinion section and your article will appear here. A great way for our visitors to find your content and learn more about your views. Use this contact form to find out how.