Who is Chris Seibert? 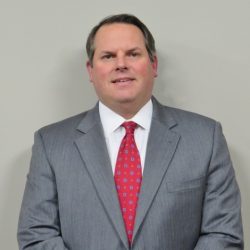 Chris Seibert has served on the City Council since 2012 and currently serves as our president pro tem.

He was born in Union Hill in western Limestone County and graduated from West Limestone High School. Chris is a veteran of the United States Air Force, serving as an active-duty officer from 1998-2005. He has been involved in commercial medical devices since 2005, serving in various roles including, sales, management and product development. Chris currently serves as vice president of Business Development for Titan Medical, a robotic surgical company.

Chris has been an active member of the community as a youth football, baseball, soccer and basketball coach. He is a member of First United Methodist Church of Athens having served on the Church Council and on various committees during his membership. Chris is a member of the First and Ten Club of Alabama and the Athens Rotary Club.

He is married to Tiffany Davis Seibert and they have two sons, Brock and Ben.

Chris Seibert from Athens, AL has participated in elections listed below in the state of Alabama.

The below links are relevant to Chris Seibert from Athens, AL and are articles or opinion pieces published on Bama Politics. Are you Chris Seibert? Do you have an opinion on Chris Seibert? Publish an article in our opinion section and your article will appear here. A great way for our visitors to find your content and learn more about your views. Use this contact form to find out how.