Who is James Curtis Harvey Jr.? 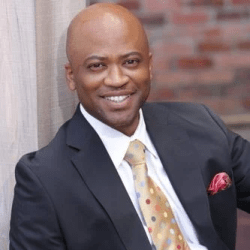 On January 11, 2005, James Curtis Harvey Jr. was elected to the Houston County Commission as representative of District 1 in a special election held. He is the second to ever serve this position and the youngest at the age of 35. Harvey would finish out this term for 2006 and go on to be elected again for an additional four-year term.

Since the time Harvey was elected and has been serving, he has been most aggressive in trying to implement a plan of action for his constituents. Harvey is a Certified County Commissioner completing 50 mandated hours through the Alabama Local Government Institute Training sponsored by Auburn University. Harvey has been instrumental in trying to provide a county-wide water system and the future I-10 connector that will create more jobs and bring industry to our county.

Harvey currently serves on the Executive Committee for the Alabama Democratic Conference pushing and excelling them to even greater heights. Harvey says we can not afford to be idle, it takes teamwork to make a dream work! Harvey actively attends and stays abreast of most legislation and other issues that might affect both our citizens in Houston County and across the State of Alabama.

James Curtis Harvey Jr. from Dothan, AL has participated in elections listed below in the state of Alabama.