Who is Joe Garris? 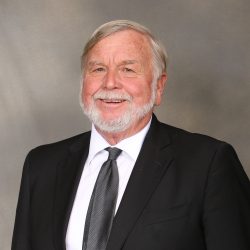 Councilman Joe Garris and his family are longtime residents of Gulf Shores, AL. Garris graduated from Foley High School in 1971 and attended Faulkner State for general studies. He then went to work in the family business, Garris Propeller and Machine Shop. The Garris family has since expanded their business into one of the biggest boatyards in the area.

Joe now owns and operates a charter boat service in Orange Beach and Fort Morgan. He will always tell you Gulf Shores offers some of the best fishing and boating along the Gulf Coast, and he should know; he has been fishing these waters for 40 years aboard his boat, The Dottie JO.

He is an active member of the Gulf Shores United Methodist Church.

Councilman Garris has two children, Sonja Dale Gravitt and Robert Lee Garris. Dale is a graduate of Montevallo University she and her husband Christ have two children, Tanner and Blu. Robert lives his childhood dream by working for the Gulf Shores Fire Department. He and his wife Stephanie have two children, Cora and Britten.

Joe Garris from Gulf Shores, AL has participated in elections listed below in the state of Alabama.

The below links are relevant to Joe Garris from Gulf Shores, AL and are articles or opinion pieces published on Bama Politics. Are you Joe Garris? Do you have an opinion on Joe Garris? Publish an article in our opinion section and your article will appear here. A great way for our visitors to find your content and learn more about your views. Use this contact form to find out how.