Who is Lanny Jackson? 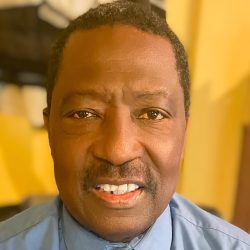 I am Lanny Jackson. I, as well as many other Alabamians, watched in horror, the insurrection attack on our government on January 6, 2021. What was horrifying, was a U.S. Representative from Alabama, violating his oath of office to the United States Constitution. He swore to protect and defend. Instead, he helped lead that insurrection against our government.

Here in Alabama, we are called many things by outsiders, however, an act of treason against our government is not one of them. Alabama history tells us “Leading up to and all throughout the civil war, the people of Alabama opposed secession”, leaving the union was mainly the state’s elected leaders and its wealthy, slave owners, and selected professionals, all under law were exempt from fighting in the civil war for the Confederacy cause, all were in support of Alabama seceding from the union. It was these inequities, which grew Alabama unionism even larger, as dissent among Confederate deserted soldiers increased anger of the inequities and the ones who had to actually fight in the civil war.

Inequities here in Alabama remain just as presently today as it did in 1861, some 160 years ago, the few haves over the many have not’s. This, itself, strokes racial tension throughout the state during hard times during the COVID-19 era.

Because of these inequities for a majority of Alabamians regardless of race, gender, and economic status and equality, Is why I am seeking the Alabama Democratic Candidate for United States Senate for Alabama. I am seeking my party support for this important office for the people of Alabama.

My main objectives are to seek office for one term and one term only, bring home the bacon to the people of Alabama for once, a fair tax code for the middle class, work across the aisle and cut deals with anyone who will benefit all Alabamians. Climate change is for real, to invest in a 21st century economy for our children. Bringing to the people of Alabama and the nation the need for term limits for Congress, the career Politicians and the need for power over the needs of the people are becoming a danger to our Republic. Publicize the need to reinstate the mandatory federal age between 70 –75 years of age, another threat to our Republic of old men selling out America for their own purposes.

The misinterpretation of the United States Constitution by federal judges, which are supreme laws of the land passed by the United States Congress and ratified the states. A branch of government needs to be checked. It’s ability to strip women of rights on abortions by violating the 9th 10th 14th and if a women cannot do with her body as she wish, the 13th amendment. She is a slave to men. Which is against the U.S. Constitution.

A little about me, my name is Lanny Edward Jackson, I was born January 26, 1954, Birmingham, Alabama. I am 67 years old, married to my wife Carolyn for 48 years, we have two sons and eight granddaughters and one grandson. I served 21 years in the United States Army, retiring as a Company 1st Sergeant, E-8, as well as retiring from the University of Alabama at Birmingham. I graduated from both Troy University and Miles College, I have 46 Years’ experience in leadership and management.

Lanny Jackson from Birmingham, AL has participated in elections listed below in the state of Alabama.

The below links are relevant to Lanny Jackson from Birmingham, AL and are articles or opinion pieces published on Bama Politics. Are you Lanny Jackson? Do you have an opinion on Lanny Jackson? Publish an article in our opinion section and your article will appear here. A great way for our visitors to find your content and learn more about your views. Use this contact form to find out how.