Who is Patrick H. Davenport? 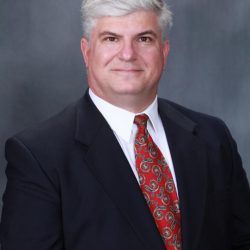 Judge Davenport has been married to Teresa Smith Davenport since 1986. Together they have three daughters Shelby Leigh, Katie, and Caroline. He and his family worship at Mt. Gilead Baptist Church where he serves as deacon and Sunday school teacher. He also serves on the Christian Life Commission of the Alabama Baptist State Convention. Judge enjoys reading, gardening, and coaching his daughters' fastpitch softball teams.

Before being elected Probate Judge of Houston County, Judge Davenport practiced as an attorney specializing in probate, estate planning, and business planning. While in graduate school, Judge Davenport worked for the State of Alabama Department of Conservation and Natural Resources, as a Marine Police Officer. He also served honorably in the United States Navy aboard the USS Constellation (CV-64).