Who is Paul Finley? 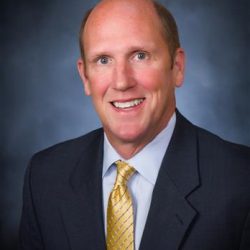 Paul Finley graduated from Murray State University in Murray, Kentucky with a degree in Marketing. A resident of Madison since 1995, Paul is the proud Dad of three boys Tyler (27), Tanner (24), and Kyle (21).

In November 2008, Paul took over as the Mayor of Madison and focused on quality of life improvements for every Madison resident. Multiple projects including the Madison Hospital, Hogan YMCA, James Clemens High School, Indian Creek Park Expansion, Target, and the Shoppes of Madison were all started and completed during his tenure.

Also during his initial term, Paul teamed with Huntsville, the Madison County Commission, and Redstone Arsenal officials on securing over $100 million of funding for major road projects including the County Line/565 interchange, Old Madison Pike connection to Research Park, and Zierdt Road that had a tremendously positive impact on Madison residents as well as the Tennessee Valley.

After making a decision to not seek re-election in 2012 to focus on family, Mayor Finley was once again elected for his second term as Madison mayor in 2016 running on a platform of teamwork, communication, & engaged leadership.

During his second term, Paul has worked with the City Council to continue to focus on the quality of life improvements. Projects including the multi-use venue and AA Baseball Trash Pandas, Palmer and Dublin Park expansions, and 5-laning of Sullivan Street and Hughes Road are in process of completion. Working with the Madison City Schools Paul helped secure the 2019 Property Tax vote securing the revenue for building the additional schools to manage Madison’s growth.

Paul also serves on the boards for the Madison Hospital, United Way, and Redstone Federal Credit Union. He has over 25 years of professional sales and consulting experience focused on communication and strategic planning which was most recently utilized with Paul Finley Consulting.

Paul is people-focused and results-driven and looks forward to leading the City of Madison into an even brighter future.

Paul Finley from Madison, AL has participated in elections listed below in the state of Alabama.

The below links are relevant to Paul Finley from Madison, AL and are articles or opinion pieces published on Bama Politics. Are you Paul Finley? Do you have an opinion on Paul Finley? Publish an article in our opinion section and your article will appear here. A great way for our visitors to find your content and learn more about your views. Use this contact form to find out how.

The below links are relevant to Paul Finley from Madison, AL and were found via our own research or sent to us from readers like you. These links are not associated with Bama Politics.