Who is Ricky M. Herring? 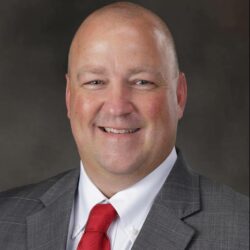 Ricky Herring was born and raised in Cottonwood, AL. He is the proud son of Ronnie and Belinda Herring. He has two older brothers (Ron and Randy) and one younger sister (Michelle).

Ricky is a 1993 graduate of Cottonwood High School. Ricky has always had a passion for law enforcement. He enrolled and graduated from the Southwest Alabama Police Academy in 1994. Following that, he joined the Cottonwood Police Department and served there from 1994 to 1996.

In 1997, Ricky joined his father-in-law at Brackin Wholesale as an inside and outside sales rep. He worked there for three years then went to work for himself as a small business owner. Public service was in his blood and he found his way back into law enforcement when he joined the Houston County Sheriff's Office in 2010.

Herring began as a patrol officer before moving into investigations in October of 2013. Since that time, Ricky has invested countless hours, in collaboration with other law enforcement professionals and agencies, to ensure the safety of the citizens of Houston County. He has participated in hundreds of felony arrests from burglaries to capital murder. He is currently a Sergeant of Criminal Investigations, serves on the Special Response Team, Hostage Negotiation Team, Homeland Security Team, and performs many other duties inside the department. Ricky was instrumental, along with other professionals, in implementing new state legislation for PEER Support for first responders.

Outside of law enforcement, Ricky is a family man and one that is very active in his community. He has been married to his high school sweetheart, the former Andrea Brackin of Dothan, for nearly 22 years and they have three children (Brady, Payton and Kinley).

All three children attend or graduated from Houston County Schools.

Public service is not something that is new to Ricky; it's what he has done for the last 25 years. When he first announced his candidacy, he said: 'Some are called to minister, some are called to educate, while some are called to provide healthcare. I believe my call is to serve others and that is why I have chosen to enter the race for Houston County Commissioner District 3.

Ricky is a public servant and, in that role, he strives to be Accountable and Approachable in all aspects of his life. Ricky is committed to doing just that as he serves as the current commissioner for Houston County, District 3.

Ricky M. Herring from Cottonwood, AL has participated in elections listed below in the state of Alabama.

The below links are relevant to Ricky M. Herring from Cottonwood, AL and are articles or opinion pieces published on Bama Politics. Are you Ricky M. Herring? Do you have an opinion on Ricky M. Herring? Publish an article in our opinion section and your article will appear here. A great way for our visitors to find your content and learn more about your views. Use this contact form to find out how.