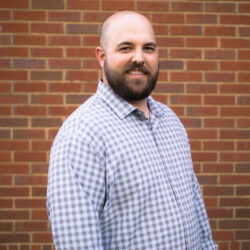 Seth Brooks is the son of Dr. Roland and Kimberly Brooks. He moved to Dothan at the age of five in 1991 where he attended and graduated from Houston Academy. Seth then graduated from Auburn University with a degree in Political Science. While at Auburn Seth found his true passion, serving the public. He was a member of the Southwest Lee County Fire Department, the Lee County Community Emergency Response Team, and the United States Air Force Auxiliary Civil Air Patrol.

After graduating from Auburn, Seth attended the Jones School of Law at Faulkner University where he obtained his J.D. While at Jones Seth was an editor of the Faulkner Law Review, served as the Assistant Prosecutor for the Honor Court, was the Justice of Phi Alpha Delta Law Fraternity, and was a member of the Board of Advocates. He is also a two-time national champion in mock trials winning both the 2013 Lone Star National Mock Trial Tournament and the 2014 FSU College of Law National Mock Trial Tournament as well as being a two-time regional finalist in the 2013 National Trial Competition at the University of Florida College of Law and the 2014 American Bar Association Mediation Competition. Furthermore, he received the Certificate of Academic Excellence for having the Best Paper in Remedies and received his mediation certificate through the Jones School of Law Mediation Clinic. Seth has tried approximately 60 jury trials, prepared over 4,500 cases on trial dockets, and been involved in close to 10,000 cases at various points.

I could have gone into private practice at any point in my legal career but my heart has always been in serving the people of Houston and Henry County and that’s why I am running for this position. My heart is in this service to my community and I think I am more than equipped to continue serving in the capacity of a Judge.

Seth then returned home to Dothan in 2014 where he has served the people of Henry and Houston counties as an Assistant District Attorney. His duties have included prosecuting traffic tickets all the way to capital murders and everything in between. If there is one thing he has, it is experienced in the courtroom. He also handles Rule 32 petitions, and habeas corpus petitions, and has handled the forfeitures of canines and other animals in two different cases. Along with his duties of prosecuting cases, Seth has spoken to local business owners about the issues they face with corruption and fraud in the workplace at a seminar hosted by Troy University – Dothan and has helped prepare a new Dothan Police Department recruits with testifying in the courtroom.

Seth is married to fellow Dothan attorney, Jordan Reeves Brooks, and they have three children Janie Reeves and twins Sullivan Monroe and Smith Roland. Jordan is the daughter of Tim and Wendy Reeves, owners of Hunt’s Restaurant. They are members of Covenant United Methodist Church. When not at work Seth enjoys Auburn football, hunting, fishing, and spending time with his family and their two dogs. He is a member of the Dothan and Taylor Masonic Lodges, the Krewe of Kolosse Mardi Gras Society, the Dothan Area Young Professionals, Houston County Fraternal Order of Police, Wiregrass Alcazar Shriner’s Club, VFW Auxiliary, and the Houston County Bar Association where he is a part of the philanthropy committee.

Seth Brooks from Dothan, AL has participated in elections listed below in the state of Alabama.

The below links are relevant to Seth Brooks from Dothan, AL and are articles or opinion pieces published on Bama Politics. Are you Seth Brooks? Do you have an opinion on Seth Brooks? Publish an article in our opinion section and your article will appear here. A great way for our visitors to find your content and learn more about your views. Use this contact form to find out how.