Who is Steven Dixon? 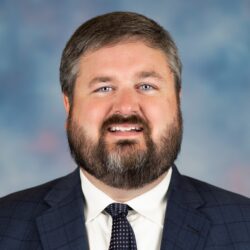 Steven Dixon was elected as the Ward 5 councilperson in October 2018. Steven grew up in Auburn, attending Cary Woods Elementary School and Drake Middle School and graduating from Auburn High School in 2004. He earned his B.A. in Communications from Auburn University in 2008.

In 2009, Steven formed his video production and photography business, Steven Dixon Media. He works with local businesses as well as national brands, creating visual content for internal and advertising purposes. In 2011, Steven began working on a documentary to preserve the history of Toomer's Corner. Auburn University recognized him for his research in documenting the age of the famed oak trees at Toomer's Corner.

He has been an active member of the Auburn Chamber of Commerce, serves as a board member for the CDH Sensigreen Foundation and is an Auburn City Schools Business Management Advisory Board member.

In his free time, Steven enjoys visiting with family and friends and taking his dog, Bane, to the two dog parks in Auburn, Town Creek Park and Kiesel Park.

Steven Dixon from Auburn, AL has participated in elections listed below in the state of Alabama.

The below links are relevant to Steven Dixon from Auburn, AL and are articles or opinion pieces published on Bama Politics. Are you Steven Dixon? Do you have an opinion on Steven Dixon? Publish an article in our opinion section and your article will appear here. A great way for our visitors to find your content and learn more about your views. Use this contact form to find out how.

The below links are relevant to Steven Dixon from Auburn, AL and were found via our own research or sent to us from readers like you. These links are not associated with Bama Politics.