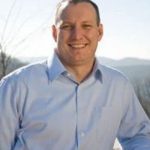 SJR10 187997-2 By Senators Sanford, Orr, Holtzclaw, Livingston and Scofield RFD: Rules First Read: 09-JAN-18 SJR10 SJR10 ENROLLED, SJR10, JOINT LEGISLATIVE RESOLUTION RECOGNIZING HUNTSVILLE AS THE FOUNDING CAPITAL OF THE STATE OF ALABAMA. WHEREAS, incorporated in the fertile Tennessee Valley on December 9, 1811, Huntsville quickly became the largest settlement in north Alabama; and WHEREAS, in 1818, Alabama's territorial Legislature, meeting in St. Stephens, chose Huntsville as the temporary location of the state capital, until such time as new facilities were completed in Cahawba; and WHEREAS, on March 2, 1819, the Congress of the United States passed an enabling act authorizing the citizens of the Alabama Territory to elect delegates to meet in Huntsville on July 5, 1819, to draft a constitution and form a state government; and WHEREAS, adopted on August 2, 1819, Alabama's first constitution provided for separation of powers akin to those in the Federal Constitution, set a timetable for the transition to statehood, and established, for the era, a liberal provision for universal white male suffrage; and SJR10 WHEREAS, in the fall of 1819, state legislators and William Wyatt Bibb, the first Governor of the State of Alabama, were elected and seated in Huntsville; and WHEREAS, the Legislature adjourned its session on December 17, 1819, unaware that President James Monroe, who had visited Huntsville earlier that year, had signed the act admitting Alabama as the nation's twenty-second state three days earlier, on December 14, 1819; and WHEREAS, since 1819, Huntsville has continued its astounding growth and rich cultural history and is a world leader in genomic and space exploration technology; and WHEREAS, Alabama is currently engaged in a commemoration of the Bicentennial Statehood, a three-year celebration of the people, places, and events that form our rich history; now therefore, BE IT RESOLVED BY THE LEGISLATURE OF ALABAMA, BOTH HOUSES THEREOF CONCURRING, That we do hereby recognize Huntsville as the founding capital of the State of Alabama. SJR10 President and Presiding Officer of the Senate Speaker of the House of Representatives SJR10 Senate 11-JAN-18 I hereby certify that the within Senate Joint Resolution originated in and was adopted by the Senate. Patrick Harris, Secretary. House of Representatives Adopted: 16-JAN-18 By: Senator Sanford