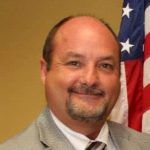 To amend Section 16-51-3, Code of Alabama 1975, relating to the University of North Alabama; to revise the membership of the board by replacing the State Superintendent of Education with an at-large member appointed from within or outside of the state.

Section 16-51-3 of the Code of Alabama 1975, is amended to read as follows: "§16-51-3. "(a) There is hereby created a Board of Trustees for the University of North Alabama, the state educational institution at Florence, Alabama. The board of trustees shall consist of all of the following: "(1) Six six members who are residents of the seventh and eighth fourth and fifth congressional districts, as those districts were constituted on January 1, 2018, at least two of whom shall be residents of the county in which the institution is located, and. "(2) Three three members from the state at large, the State Superintendent of Education. "(3) One at-large member from within or outside of the state. "(4) The and the Governor, who shall be ex officio president of the board. "(b) The trustees shall be appointed by the Governor, by and with the advice and consent of the Senate and, except for the first trustees appointed, shall hold office for a term of 12 years, until 2015, and until their successors shall be appointed and qualified. The Governor shall coordinate his or her appointments so that diversity of gender, race, and geographical areas is reflective of the makeup of this state. Beginning in 2015, the board shall be divided into three groups, so that reappointments may be made each two years. In 2015, three members shall be appointed for terms of two years, and three members shall be appointed for terms of four years, and three members shall be appointed for terms of six years. The initial term of the at-large member appointed pursuant to subdivision (3) of subsection (a) shall be six years. Thereafter, all successor members shall be appointed for six-year terms. A trustee may be reappointed to additional terms. "(c) No trustee shall receive any pay or emolument other than his or her actual expenses incurred in the discharge of his or her duties as such. No employee of the university shall be eligible to serve on its board of trustees."