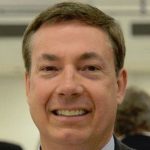 (a) Pursuant to Amendment 659 to the Constitution of Alabama of 1901, now appearing as Section 104.01 of the Official Recompilation of the Constitution of Alabama of 1901, as amended, the Gadsden City Council shall call an authorizing referendum election regarding changing the Gadsden City Board of Education to an elected city board of education. (b) If a majority of the qualified electors of the municipality voting in the authorizing referendum election vote in favor of an elected city board of education, the board shall be established as provided in this act and the Legislature, as provided in Amendment 659, from time to time, by local law may provide further for the election and operation of the Gadsden City Board of Education. The local laws may provide for the termination of the terms of office of members of the existing city board of education; the composition of the city board of education; initial and succeeding terms of office, including staggered terms; election districts and at-large membership; qualifications; powers, duties, and responsibilities; vacancies; compensation; and any other matter that the Legislature determines necessary for the operation of the board. (c) The question on the ballot shall read as follows: "Do you favor changing the Gadsden City Board of Education from an appointed to an elected board?

Yes (___) No (____)." (d) If a majority of the qualified electors of the municipality voting in the authorizing referendum vote against an elected city board of education, the current board shall continue to operate as provided by law and the remaining portions of this act shall have no further effect. (e) The official charged with conducting municipal elections shall conduct this election. The city shall pay any costs and expenses not otherwise reimbursed by a governmental agency which are incidental to the election. The official shall report the results of the election to the State Board of Education as provided in Amendment 659.

If the majority of electors voting pursuant to Section 1 vote in favor of changing to an elected board, an elected board of education for the City of Gadsden shall be established. The board shall be called the Gadsden City Board of Education. The board shall be composed of seven members. With the exception of the initial election, each member shall qualify and be elected in the same manner and at the same time as members of the Gadsden City Council are elected. Members shall be elected from the same districts as members of the Gadsden City Council are elected by the qualified electors of the applicable district voting at the election.

A member shall reside in the City of Gadsden and in the district the member represents during the entire term of office. If the boundaries of a city council district change, the corresponding board of education district shall automatically change accordingly for the next election of the city board of education. If redistricting places an incumbent board member outside of his or her district, the member shall nevertheless continue to serve the remainder of the term to which he or she was elected or appointed.

A candidate for each place on the board of education shall be at least 21 years of age, a resident of the respective district for at least one year immediately preceding the deadline date for qualifying as a candidate, and shall not have a record of conviction for any crime involving moral turpitude.

The compensation for each member of the board of education, including the chair, shall be six hundred dollars ($600) per month payable from city school system funds. The board may adjust such compensation for succeeding terms of office.

An annual audit of the financial records of the city school system and of the board of education shall be conducted by a reputable certified public accountant or auditing firm as selected by the board. The audit results shall be made a matter of public record. All monies of the school system shall be accounted for whether reserved for capital outlay or held for any other purpose. Section 10. Any member of the board of education who fails to attend more than two regularly scheduled monthly board meetings without an authorized excused absence as recognized by the board through written policy shall receive a written request from the city superintendent of education to attend the meetings. If the board member persists in his or her unexcused absence for two additional regularly scheduled monthly board meetings, then the position shall be declared vacant by the chair of the board, subject to review and approval by the city council. Section 11. The chair of the board shall have all of the following duties: (1) To preside over all board meetings. (2) To set the meeting dates and times of all board meetings consistent with state law. The chair shall endeavor to set meeting times at a time which will afford citizens the best opportunity to attend. (3) To set the agenda of the board meetings in consultation with the city superintendent of education. (4) To ensure proper and adequate notice to the public for public hearings on the budget of the school system. (5) To maintain order at all board meetings. (6) To assist the superintendent in seeking public input into the operations and support of the city school system. (7) To vote on all matters which come before the board if he or she so desires. (8) To ensure due process for the employees of the city school system according to duly adopted written policies and applicable state laws. (9) To promote the city school system as authorized by the board. Section 12. This act shall become effective immediately following its passage and approval by the Governor, or its otherwise becoming law.