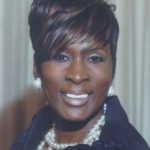 Relating to the Birmingham School System; to amend Sections 45-37A-50.04 and 45-37A-52.90 of the Code of Alabama 1975, relating to the term of office for the members of the City of Birmingham Board of Education; to further provide that the individuals elected to the board during a regular election shall take office on the fourth Tuesday of November of the year of the election.

Relating to the Birmingham School System; to amend Sections 45-37A-50.04 and 45-37A-52.90 of the Code of Alabama 1975, relating to the term of office for the members of the City of Birmingham Board of Education; to further provide that the individuals elected to the board during a regular election shall take office on the fourth Tuesday of November of the year of the election.

(a) The Birmingham City Council shall take necessary steps to ensure that this subpart complies with the Federal Voting Rights Act of 1965, as amended.

(b) The election shall be called to coincide with the next mayoral election after final approval of this subpart by the United States Department of Justice.

(c) The initial election and the initial runoff election, if necessary, and all subsequent elections held pursuant to this subpart shall be conducted, the vote canvassed, and the results declared in the same manner as provided for the election of members of the city council, unless otherwise required in this subpart.

(d) The initial elected members of the board of education shall assume office immediately upon the certification of the election results and shall serve initial terms of office which shall expire at the same prescribed time as the expiration of the corresponding terms of office of the then current city council members. Thereafter, all members of the board shall be elected at the same time, in the same manner, assume office on the fourth Tuesday in October November after their election, and serve the same term of office as the members of the Birmingham City Council.

The first mayor shall be elected at the same election at which the council members are elected under Section 45-37A-52.06 and shall hold office until the second Tuesday in November of that year ending in an odd number which would give him or her a term of office most closely approximating four years and until his or her successor is elected and qualified. The first mayor shall qualify and take office in the manner hereinafter prescribed on the second Monday following the date the election of all nine council members is completed or on the second Monday following the election of such mayor, whichever last occurs. The regular election for mayor shall be held on the second Tuesday in October of the year during which the term of the first mayor elected hereunder terminates and every four years thereafter. The mayor elected at any such regular election, on or before the fourth Tuesday of November of the year of such election, shall qualify by making oath that he or she is eligible for the office and shall execute the duties of same according to the best of his or her knowledge and ability. The oath may be administered by any person authorized to administer an oath under the laws of Alabama. At any election for mayor, the candidate receiving the highest number of votes for the office shall be elected thereto, provided such candidate receives a majority of all votes cast for such office. If at the first election a majority is not received by any candidate for the office of mayor, then a second election shall be held on the third Tuesday thereafter in the same mode and manner and under the same rules and regulations provided in Section 45-37A-52.06 with respect to the election of the first mayor.