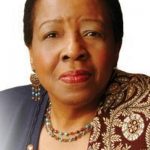 HJR207 191780-2 By Representative Hall RFD: Rules First Read: 15-FEB-18 HJR207 ENROLLED, House Joint Resolution, MOURNING THE DEATH OF HUNTSVILLE NATIVE REGINALD EURIAS CATHEY. WHEREAS, it is with profound sorrow that we note the death on February 9, 2018, of Reginald Eurias Cathey, professionally known as Reg. E Cathey, at the age of 59 years; and WHEREAS, Mr. Reginald Eurias Cathey was born on August 18, 1958, in Huntsville, Alabama, to a father who was an Army officer and a mother who worked in the Defense Department; and WHEREAS, he grew up in Germany and traveled frequently before moving back to Alabama when he was a teenager; and WHEREAS, Mr. Cathey studied at the University of Michigan and Yale School of Drama; and WHEREAS, over an acting career that spanned more than 35 years, Mr. Cathey had a recurring role in the long-running television series "Oz" and made appearances in other widely viewed shows like "Law and Order," "30 Rock," and "Star Trek: The Next generation"; and WHEREAS, his film credits included a role as Dr. Franklin Storm in the 2015 reboot of "Fantastic Four," a part HJR207 as a homeless man in "American Psycho," and Freddy Hayes in "House of Cards," which earned him three consecutive Emmy Award nominations for Outstanding Guest Actor in a Drama Series, including a win in 2015; and WHEREAS, Mr. Cathey made his Broadway debut in "The Green Bird"; he had several other theater credits; and WHEREAS, survivors include his girlfriend, Linda Powell; sister, Donza Cathey Friende; stepmother, Maureen Davis Cathey; and stepbrothers, Jerry Davis and Maurice Davis; and WHEREAS, although his presence will be greatly missed, the memory of Mr. Reg E. Cathey will be cherished in the hearts of all who knew and loved him; now therefore, BE IT RESOLVED BY THE LEGISLATURE OF ALABAMA BOTH HOUSES THEREOF CONCURRING, That the death of Mr. Reginald Eurias Cathey is recorded with deep sadness, and this resolution is offered in tribute to his life and with heartfelt sympathy to his family, whose grief is shared by many. HJR207 Speaker of the House of Representatives President and Presiding Officer of the Senate House of Representatives I hereby certify that the within Act originated in and was adopted by the House 22-FEB-18. Jeff Woodard Clerk Senate 01-MAR-18 Adopted