Who is Laura Hall? 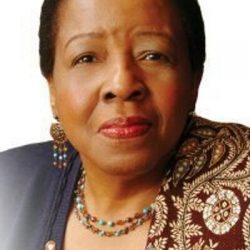 Representative Laura Hall is proud to serve the citizens of District 19 in Madison County. A devoted public servant, Representative Hall began her career by spending more than 40 years in public education, a cause that remains very close to her heart. She has served as the President of the Huntsville Education Association and continues to bring leadership to the District’s public school systems. She is also committed to the health of Alabamians, having served on the legislature’s Health committee as well as being appointed Chairwoman of the Governor’s Commission on AIDS.

Representative Hall is the Vice-Chair of the Madison County Legislative Delegation and Ranking Minority Member of both the General Fund Finance and Appropriations and Internal Affairs committees. Representative Hall’s other community leadership positions include Board positions for Hope Place, Constitution Village, and the AIDS Action Coalition, as well as membership with the American Association of University Women, Madison County Democratic Women, the Tennessee Valley League of Women Voters, the Huntsville Alumnae Chapter of Delta Sigma Theta, and the Greater Huntsville Chapter of Links, Inc.

During her tenure in the legislature, Representative Hall has authored many bills advancing the rights and wishes of Alabamians of all walks of life.

She has also partnered with the City of Huntsville and Madison County Commissioner, District 6 for the past 14 years to run the Volunteer Income Tax Assistance (VITA) program, which gives residents access to free tax return preparation. During this time, more than $16 million have been returned to our community.

Representative Hall worked with Representative Jack Williams in co-sponsoring a bill to strengthen Alabama’s fight against human trafficking. She also continues to fight for the rights and well-being of those with mental illness and cognitive disorders, access to healthcare particularly for individuals affected by HIV/AIDS, and the rights of incarcerated and previously incarcerated persons.

Laura Hall from Huntsville, AL has participated in elections listed below in the state of Alabama.

The below links are relevant to Laura Hall from Huntsville, AL and are articles or opinion pieces published on Bama Politics. Are you Laura Hall? Do you have an opinion on Laura Hall? Publish an article in our opinion section and your article will appear here. A great way for our visitors to find your content and learn more about your views. Use this contact form to find out how.