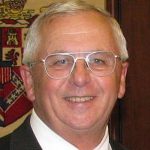 HJR236 192288-2 By Representatives Drake, Ainsworth, Alexander, Baker, Ball, Beckman, Beech, Black, Blackshear, Boothe, Boyd, Bracy, Brown, Buskey, Butler, Carns, Chesteen, Chestnut, Clarke, Clouse, Coleman, Collins, Crawford, Daniels, Davis, Drummond, Ellis, England, Farley, Faulkner, Faust, Fincher, Ford, Forte, Fridy, Garrett, Gaston, Givan, Greer, Grimsley, Hall, Hanes, Harbison, Harper, Henry, Hill, Hollis, Holmes (A), Holmes (M), Howard, Hurst, Ingram, Jackson, Johnson (K), Johnson (R), Jones, Knight, Lawrence, Ledbetter, Lee, Lindsey, Lovvorn, Martin, McCampbell, McClammy, McCutcheon, McMillan, Millican, Mooney, Moore (B), Moore (M), Morrow, Nordgren, Pettus, Polizos, Poole, Pringle, Rich, Rogers, Rowe, Sanderford, Scott, Sells, Sessions, Shedd, Shiver, South, Standridge, Todd, Treadaway, Tuggle, Wadsworth, Warren, Weaver, Whorton (I), Whorton (R), Wilcox, Williams (JD), Williams (JW), Williams (P), Wingo and Wood RFD: First Read: 27-FEB-18 HJR236 ENROLLED, House Joint Resolution, MOURNING THE DEATH OF KELSEY MARIE TREADAWAY. WHEREAS, it is with profound sorrow and regret that news is received of the untimely death of Kelsey Marie Treadaway, on February 25, 2018, at the age of 31 years; she is the daughter of our friend and colleague, Representative Allen Treadaway; and WHEREAS, Kelsey was a 2004 graduate of Mortimer Jordan High School, where she excelled in basketball; she was the first in the school's history to score over 1,000 career points; she went on to play college basketball and later graduated from The University of Alabama with a Bachelor's Degree in Education; and WHEREAS, while earning her Master's Degree from The University of Alabama at Birmingham, she coached as a graduate assistant; following graduation she returned to Mortimer Jordan High School to coach volleyball; she was a mentor to many students over the past several years; and WHEREAS, she was preceded in death by her grandparents, James and Betty Treadaway and Barbara Bagby; her survivors include her parents, Allen and Susan Bagby Treadaway; grandfather, Jack Bagby; siblings, Erin (Chase) Mullinax, Tyler (Jessie) Treadaway, Ally Treadaway, and Cody HJR236 Treadaway; nieces, Jolie Mullinax, Sadie Mullinax, and Charlie Treadaway; nephew, Jaxon Treadaway; and a host of aunts, uncles, and cousins; and WHEREAS, the passing of Kelsey Marie Treadaway leaves a void in the lives of her loving family, many friends, and the entire community, where she was highly regarded; her presence will be greatly missed, but her memory will be cherished in the hearts of all who knew and loved her; now therefore, BE IT RESOLVED BY THE LEGISLATURE OF ALABAMA, BOTH HOUSES THEREOF CONCURRING, That the death of Kelsey Marie Treadaway is recorded with deep sadness, and this resolution is offered in highest tribute to her life, along with heartfelt sympathy to our esteemed colleague, Allen Treadaway and his wife, Susan, as well as to the entire grieving family. HJR236 Speaker of the House of Representatives President and Presiding Officer of the Senate House of Representatives I hereby certify that the within Act originated in and was adopted by the House 27-FEB-18. Jeff Woodard Clerk Senate 01-MAR-18 Adopted