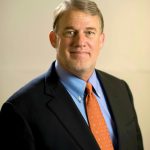 HJR337 192327-2 By Representative Lindsey RFD: Rules First Read: 06-MAR-18 HJR337 ENROLLED, House Joint Resolution, COMMENDING COACH TOMMY LEWIS FOR OUTSTANDING PROFESSIONAL ACHIEVEMENT. WHEREAS, highest commendations are herein proudly presented to Coach Tommy Lewis for outstanding professional achievement; and WHEREAS, Coach Tommy Lewis is one of only 25 coaches in the history of Alabama High School Boys Basketball to attain 600 wins; he attained victory number 600 on February 9, 2018, and his overall coaching record is 602-342; and WHEREAS, for 31 years, Coach Tommy Lewis has served in the capacity of Head Coach for basketball teams at Gaylesville High School, Spring Garden High School, Cherokee County High School, and Piedmont High School; and WHEREAS, Coach Tommy Lewis led all of his teams to area championships; his teams won at least 20 games an impressive 20 times with 22 teams claiming area championships; fifteen of his teams participated in the regional tournament with five teams advancing to the state tournament; and WHEREAS, over the last 12 seasons at Piedmont, Coach Tommy Lewis has molded nine area championship teams and nine regional tournament participants; his 2010, 2011, and 2015 Piedmont teams played in the Final 4 with the 2015 roster HJR337 finishing as the Class 3A State Runner-up team; with 226 wins, Coach Tommy Lewis has accumulated more wins than any other coach in the 100-year history of Piedmont's existence; and WHEREAS, through the years, Coach Tommy Lewis has earned widespread admiration and respect for his tireless dedication and exceptional abilities; he has positively impacted the lives of countless student-athletes, and he is truly deserving of special commendation and praise; now therefore, BE IT RESOLVED BY THE LEGISLATURE OF ALABAMA, BOTH HOUSES THEREOF CONCURRING, That Coach Tommy Lewis is honored and commended, and this resolution is offered to him in highest tribute, as well as with sincere best wishes for continued success in all future endeavors. HJR337 Speaker of the House of Representatives President and Presiding Officer of the Senate House of Representatives I hereby certify that the within Act originated in and was adopted by the House 13-MAR-18. Jeff Woodard Clerk Senate 15-MAR-18 Adopted