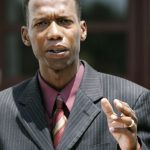 HR267 192539-1 By Representatives Howard, Buskey and McClammy RFD: First Read: 01-MAR-18 192539-1:n:03/01/2018:JEC*/jec LSA2018-1166 RECOGNIZING MARCH 6, 2018, AS OMEGA PSI PHI FRATERNITY, INCORPORATED, DAY IN ALABAMA. WHEREAS, we are pleased to recognize March 6, 2018, as Omega Psi Phi Fraternity, Incorporated, Day in the State of Alabama; and WHEREAS, a nonprofit social and service-based organization, Omega Psi Phi Fraternity, Incorporated, was founded on November 17, 1911, on the campus of Howard University in Washington, D. C.; there are now more than 750 chapters located in the United States and around the world; and WHEREAS, Omega Iota Iota Graduate Chapter, Sigma Phi Graduate Chapter, Alpha Phi Graduate Chapter of Birmingham, Alabama, Beta Mu Nu Graduate Chapter of Calera, Alabama, Gamma Sigma Undergraduate Chapter of Montgomery, Alabama, and Rho Delta Delta Undergraduate Chapter of Troy, Alabama, serve as host chapters for the 2018 Omega Day at the State House; and WHEREAS, Omega Psi Phi Fraternity, Incorporated, has continuously played a progressive, cooperative, and constructive role in the civic and political life of our communities, the nation, and worldwide for more than 100 years; now therefore, BE IT RESOLVED BY THE HOUSE OF REPRESENTATIVES OF THE LEGISLATURE OF ALABAMA, That we take great pleasure in recognizing March 6, 2018, as Omega Psi Phi Fraternity, Incorporated, Day in Alabama, and it is directed that a copy of this resolution be presented to Brother Christopher Brooks, who serves as State Representative of the organization, with highest praise and sincere best wishes for all future service endeavors.