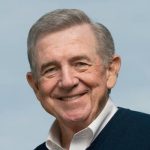 HR74 190041-1 By Representative Carns RFD: First Read: 18-JAN-18 190041-1:n:01/18/2018:LLR/th LSA2018-329 MOURNING THE DEATH AND CELEBRATING THE LIFE OF MR. GORDON WAYNE MILLER, JR. WHEREAS, we deeply regret to learn of the death of Mr. Gordon Wayne Miller, Jr., of Mountain Brook, Alabama, on January 12, 2018, at 50 years of age, and we uplift his inspiring life and legacy; and WHEREAS, Mr. Miller was the son of Marcia Wilkins Miller and the late Gordon Wayne Miller, Sr., and the son-in-law of Carlton Terrell Wynn, Jr., and the late Melinda Ellen Wynn; and WHEREAS, Mr. Miller was born in Birmingham, Alabama on March 2, 1967; he attended Brookwood Forest Elementary School; graduated from Briarwood High School in 1985 where he was Senior Class Favorite, and attended Auburn University where he was a member of Sigma Alpha Epsilon fraternity; and WHEREAS, after college, Mr. Miller returned to Birmingham where he worked for his father at Miller Sales Company, and in 1997, he and his brother started Miller Valve and Controls, Inc., a successful valve distributorship located in Homewood, Alabama; and WHEREAS, in 1999, Mr. Miller married Molly Heather Wynn at Covenant Presbyterian Church where he was a member for 18 years; he was an outstanding father to his son, Lawton Terrell Miller, and daughter, Sally Anne Miller, and after his daughter was born with Down Syndrome in 2007, he became involved with the Bell Center for Early Intervention where he served on the board as a member and as president; and WHEREAS, Mr. Miller is survived by his wife, Molly; children, Lawton and Sally; mother, Marcia; brothers, Lawton Price Miller, and Stuart Beauregard Miller; and many nieces and nephews; and WHEREAS, the passing of Mr. Gordon Wayne Miller, Jr., leaves a void in the lives of his loving family, many friends, and his entire community, where he was highly regarded; and BE IT RESOLVED BY THE HOUSE OF REPRESENTATIVES OF THE LEGISLATURE OF ALABAMA, That while grieving the death of Mr. Gordon Wayne Miller, Jr., we are extremely grateful for his abundant life, and we offer this resolution in highest tribute to his inspiring legacy, as well as in heartfelt sympathy to his family and friends.