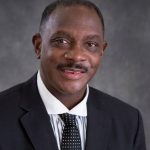 This act shall apply to all municipalities in this state incorporated after 1990 which are located in a county in which another municipality in that county has zoning authority in its police jurisdiction.

(a) Any municipality in this state incorporated after 1990, which is located in a county in which another municipality in that county has zoning authority in its police jurisdiction, may divide the territory within its police jurisdiction into business, industrial, and residential zones or districts and, at its option, may provide the kind, character, and use of structures and improvements that may be erected or made within the several zones or districts established and, from time to time, may rearrange or alter the boundaries of the zones or districts and may also adopt ordinances as are necessary to implement and administer this act. It is the intent of this act to grant any municipality to which this act applies full zoning authority within its police jurisdiction to the same extent as the municipality exercises that authority within its corporate limits. (b) This act shall not affect the right of the owner or owners of property located within the police jurisdiction of a municipality to which this act applies to continue to use the property as it is being used on the date of the enactment of any zoning ordinance applicable to the property until the owner or owners of the property seek to change the use of the property.

Any zoning authority authorized pursuant to this act shall be undertaken in accordance with Chapter 52 of Title 11, Code of Alabama 1975.

The provisions of this act are severable. If any part of the act is declared invalid or unconstitutional, such declaration shall not affect the part which remains.

All laws or parts of laws which conflict with this act are repealed.

This act shall become effective immediately upon its passage and approval by the Governor, or upon its otherwise becoming a law.