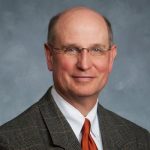 This act shall be known and may be cited as the Children's Equal Access Act.

(a) A court of competent jurisdiction shall enforce all parenting time orders, custody orders, and child support orders giving equal importance to each. (b) As a matter of public policy, it is the intent of the Legislature that this act be implemented in a manner that recognizes the importance of family and the fundamental rights of parents and children. (c) This act shall apply to parenting time orders, custody orders, and child support orders issued on or after January 1, 2020, and the provisions of this act may not be construed to assert a material change of circumstances for purposes of modifying an order in place before January 1, 2020.

The provisions of this act are severable. If any part of this act is declared invalid or unconstitutional, that declaration shall not affect the part which remains.