Who is Larry Stutts? 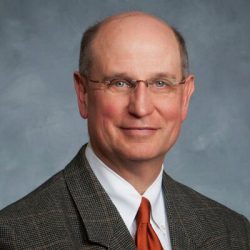 Larry Stutts was born at Colbert County Hospital (now Helen Keller Hospital) in Sheffield, Alabama. Growing up in Cherokee, Alabama, the son of an accountant and a registered nurse, Larry always enjoyed working on the family farm. At home, he was instilled with the core values of honesty, hard work, belief in God, and respect for others. These core values define him today.

Larry’s interest in service through government grew as he represented Cherokee Vocational High School at the American Legion’s Boys’ State. He was also an avid athlete, playing basketball and running track for Cherokee.

Upon high school graduation, Larry moved to Auburn to attend Auburn University. His dedication to his studies was rewarded through early acceptance to veterinary school. While attending veterinary school, Larry served in Student Government, was elected Inter-Fraternity Council President, and tapped into the Spade Honorary (Top 10 Men at Auburn). After graduation, Larry married Jackie, an Auburn pharmacist. The couple moved to Larry’s hometown of Cherokee.

Larry opened a veterinary practice with Charles C. King of Leighton. Their practice grew, and Larry put the skills of hard work to use. He built a business over the next three years. Larry and Jackie attended First Presbyterian Church in Tuscumbia, with their eldest daughter, Elizabeth (Thompson), born in 1982. While in veterinary practice, Larry was active in the Tuscumbia Kiwanis Club, Shoals Area Quarterback Club, and Shoals Area Auburn Alumni Club, where he was President. He also taught Biology classes at Northwest Shoals Community College in the evenings, passing on his love for science and also raising extra money to pay for his past school expenses. In 1983, Larry and Jackie welcomed their second daughter Rebecca (Hovater).

After careful consideration and much prayer, Larry applied to medical school and was accepted to the University of South Alabama College of Medicine. While in Mobile, Jackie worked to assist with living and medical school expenses. Larry worked weekends and summers at numerous veterinary practices around Mobile to cover school expenses too.

Larry was elected class representative all four years of medical school and served as President of the Medical Student Body his senior year. While in Mobile, Larry and Jackie, and their two daughters were founding members of Christ Presbyterian Church. In 1987, Larry’s third daughter, Sarah (Philbin) was born. As graduation neared, Larry was encouraged by the faculty to consider further research in comparative medicine – researching and studying similarities in animals and humans, using both his doctoral degrees. But rather than a career in academics, Larry desired to pursue a private practice of medicine.

Larry and Jackie moved to Birmingham with their three daughters. They lived in the Medical Center housing next to the hospital in downtown Birmingham. Jackie worked as a home health pharmacist while Larry was completing his residency. To obtain extra money to support the family and pay off student loans, Larry continued to work on weekends at smaller regional hospitals in the emergency room. In 1989, their last child was born, a son, Collins. Larry received the honor of Chief Resident while at Carraway Medical Center. He was also asked to present his senior research project at the World College of Gynecologic Laparoscopy in Las Vegas.

After completing his residency program, Larry and Jackie moved back to the Shoals, as it was a place they wanted to raise their children and be active in the community. Tuscumbia became their hometown. Their family is active in their church, First Presbyterian of Tuscumbia. He has served as an elder and currently serving as a Sunday School teacher.

In 1992, Larry opened Colbert OB/GYN in Sheffield. Today, his practice has served over 22,000 patients. He has delivered more than 12,000 babies and performed over 7,500 gynecologic surgeries. He has earned a sterling reputation as a doctor that women of Northwest Alabama trust.

In 2014, Larry answered the call of the Lord, the Republican Party, and Northwest Alabama to wage a campaign that few thought possible. Challenging an incumbent that had been in Montgomery for more than three decades. Larry took a message of faith, values, and conservative principles directly to the voters. Though he was vastly outspent, Larry delivered a shocking 70 vote victory.

As our Senator, Larry has led the fight to reduce the size of government, champion the right to life, protect our Second Amendment rights, and keep our taxes low. Larry has also proven to be an effective legislator in representing the interests of Senate District 6. Over the past four years, the region has prospered due to the policies Larry has supported and unemployment in Northwest Alabama is at an all time low. On every campaign promise, Larry has delivered in a MAJOR way!

Larry Stutts from Tuscumbia, AL has participated in elections listed below in the state of Alabama.

The below links are relevant to Larry Stutts from Tuscumbia, AL and are articles or opinion pieces published on Bama Politics. Are you Larry Stutts? Do you have an opinion on Larry Stutts? Publish an article in our opinion section and your article will appear here. A great way for our visitors to find your content and learn more about your views. Use this contact form to find out how.

The below links are relevant to Larry Stutts from Tuscumbia, AL and were found via our own research or sent to us from readers like you. These links are not associated with Bama Politics.