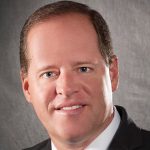 This act shall apply only to any Class municipality.

An abundance of overgrown grass or weeds within the municipality which is injurious to the general public health, safety, and general welfare by providing breeding grounds and shelter for rats, mice, snakes, mosquitoes, and other vermin, insects, and pests; or attaining heights and dryness so as to constitute a serious fire threat or hazard; or bearing wingy or downy seeds, when mature, that cause the spread of weeds and, when breathed, irritation to the throat, lungs, and eyes of the public; or hiding debris, such as broken glass or metal, which could inflict injury on a person going upon the property; or being unsightly; or a growth of grass or weeds, including plants of no value, undesirable, and usually of rank growth; or grass, shrubs, and undergrowth, other than ornamental plant growth, which exceeds nches in height, are declared to be a public nuisance and abated as provided in this act.

For the purposes of this act, the following words have the following meanings: (1) ADMINISTRATIVE OFFICIAL. A person designated by the municipal council to hear appeals for the purposes of this act, but the person may not be the same person as the enforcing official. (2) ENFORCING OFFICIAL. The municipal manager or mayor or any other municipal official or employee the mayor or municipal manager from time to time may designate. (3) TAX COLLECTING OFFICIAL. The county tax collector, county revenue commissioner, or other county ad valorem tax collecting official.

(a) If the owner fails, neglects, or refuses to abate the nuisance, or the nuisance is not otherwise abated, (1) within the time permitted to do so as stated in the enforcing official's notice, where such notice was not suspended by the request for a hearing before the administrative official; or (2) within the time permitted to do so as stated in the administrative official's written determination, then the municipality may enter upon the property and abate the nuisance using its own forces, or it may provide by contract for the abatement. However, if an appeal has been taken to the circuit court as provided in subsection (i) of Section 3, then the municipality may not abate the nuisance until the determination or judgment authorizing abatement becomes final as provided by law. (b) Upon completion of the abatement work performed by the municipality, including work by contractors employed by the municipality, the enforcing official shall compute the expenses of the municipality for the abatement of the nuisance, including, but not limited to, cost of labor, value of the use of the equipment, advertising expenses, postage, administrative expense, legal expense, and materials purchased which were incurred by the municipality as a result of the work. An itemized statement of the expenses shall be given by first class mail to the last known address of the owner of the property. This notice shall be sent at least five days in advance of the time fixed by the municipal council to consider the assessment of the cost against property. (c) At the time fixed for receiving and considering the statement, the municipal council shall hear the same, together with any objections which may be raised by the owner whose property is liable to be assessed for the expenses of the municipality for the abatement of the nuisance, and thereupon make modifications in the statement as deemed necessary, after which a resolution may assess the cost. The cost stated in the resolution shall constitute a lien on the property and shall be referred to as a weed lien on the property. A weed lien established pursuant to this act is subject to and subordinate to any mortgage or security interest recorded prior to the recordation of the weed lien. (d) A copy of the resolution shall be given to the county tax collecting official. It shall be the duty of the county tax collecting official to add the costs of the weed lien to the next regular bill for taxes levied against the property subject to the weed lien, and thereafter, the costs shall be collected and remitted to the municipality at the same time and in the same manner as ordinary municipal ad valorem taxes are collected, and shall be subject to the same penalties and the same procedure under foreclosure and sale in case of delinquency; provided, however, that if the foreclosure and sale is the result of a delinquency caused by a weed lien, the municipality shall reimburse the county tax collecting official for all costs associated with the foreclosure and sale unless the costs are collected at the time of sale as part of the sale. (e) The municipal clerk may also cause a certified copy of the resolution showing the weed lien to be filed for recording in the office of the judge of probate.

When a weed lien is made against a lot or lots or parcel or parcels of land, a subsequent redemption thereof by a person authorized to redeem, or sale thereof by the state, shall not operate to discharge, or in any manner affect the weed lien of the municipality, but a redemptioner or purchaser at a sale by the state of any lot or lots, parcel or parcels of land upon which a weed lien has been made, whether prior to or subsequent to a sale to the state for the nonpayment of taxes, shall take the same subject to the weed lien.

Upon payment of the weed lien, the city clerk shall notify the county tax collecting official and may file a notice of satisfaction of weed lien in the records of the probate court.

This act is cumulative in its nature and in addition to any and all power and authority which a municipality may have under any other law.