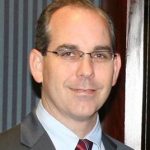 Clyde Chambliss
Session
Regular Session 2019
Title
Parental rights, provide that a conviction of a parent for rape or incest is a ground for termination of parental rights if the rape or incest resulted in the conception of the child, Sec. 12-15-319 am'd.
Description

This act shall be known and may be cited as Jessi's Law.