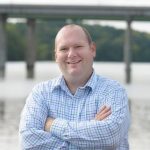 This act shall apply only in Cherokee County.

This act shall become effective immediately following its passage and approval by the Governor, or its otherwise becoming law. SB40 President and Presiding Officer of the Senate Speaker of the House of Representatives SB40 Senate 03-APR-19 I hereby certify that the within Act originated in and passed the Senate. Patrick Harris, Secretary. House of Representatives Passed: 14-MAY-19 By: Senator Jones