Who is Andrew Jones? 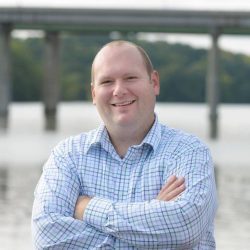 Our state faces enormous challenges that will never be met by career politicians or Montgomery politics as usual. As a small business owner, farmer, and Christian Conservative, I believe there is much we can do to fully harness the great potential of our state. I invite you to join us on this journey.

Andrew founded Deep South Coffee Factory, a Centre, AL-based craft coffee roasting company in 2017, in order to help contribute to the economic development of his hometown. The business has grown quickly, with multiple stores selling Deep South Coffee, and online sales from Alaska to New York.

As a small business owner, Andrew has seen how over-regulation makes it difficult for hardworking folks to start a small family business.

A 4th Generation Farmer, Andrew, his parents, and his siblings are all shareholders in Paul Jennings Farms, Inc., which is named after his Grandfather.

Andrew has seen how excessive regulation and misguided policies have impacted Etowah, Cherokee, and Dekalb county farmers, forcing many family farms out of business. In fact, in order to ensure the survival of Paul Jennings Farms, the family made the decision to convert from a dairy to a beef cattle operation several years ago.

A lifelong conservative, Andrew was active in the Cherokee County Republican Party during his high school days-- before there were any elected Republican officials in the county.

Andrew believes our next Senator must be firmly grounded in the conservative principles of small government, low taxes, fiscal responsibility, and accountability. Andrew also believes that many career politicians and ladder climbers in Montgomery have forgotten who they work for.

Andrew is a born-again Christian, and a member of Centre First Baptist Church, where he serves as a pianist.

Andrew holds a Master of Public Policy from the College of William and Mary in Virginia. As part of his degree, he was trained to closely look at legislation, budgets, and the impact of governmental policies.

Andrew has taken that experience to Montgomery. Andrew's graduate project was on Entrepreneurship and Economic Development in Rural Areas.

Andrew and his wife Summer met when she served as volunteer coordinator for his 2018 general election campaign. They were married a little over a year later, on December 28, 2019.

Even now, Summer is still Andrew's biggest supporter, and he couldn't do his Senate work without her.

Andrew Jones from Centre, AL has participated in elections listed below in the state of Alabama.

The below links are relevant to Andrew Jones from Centre, AL and are articles or opinion pieces published on Bama Politics. Are you Andrew Jones? Do you have an opinion on Andrew Jones? Publish an article in our opinion section and your article will appear here. A great way for our visitors to find your content and learn more about your views. Use this contact form to find out how.

The below images and screenshots are relevant to Andrew Jones from Centre, AL and were found via our own research or sent to us from readers like you.