Who is Andrew Betterton? 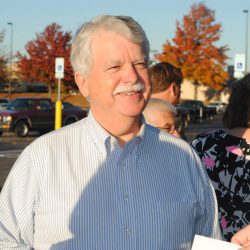 Andrew “Andy” Betterton grew up in Hartselle, Alabama. After graduating from Hartselle High School, Andy enrolled at the University of North Alabama and has lived in the Shoals area ever since.

Andy holds BS degrees in Music Education and Accounting and MA in Education from UNA. He has been employed as CFO for SBS Electric in Florence since 1987.

His wife, Sandra, is a retired elementary educator. They have three children and five grandchildren.

Andrew Betterton from Florence, AL has participated in elections listed below in the state of Alabama.

The below links are relevant to Andrew Betterton from Florence, AL and are articles or opinion pieces published on Bama Politics. Are you Andrew Betterton? Do you have an opinion on Andrew Betterton? Publish an article in our opinion section and your article will appear here. A great way for our visitors to find your content and learn more about your views. Use this contact form to find out how.