Who is Dan Roberts? 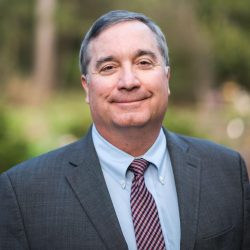 Dan Roberts has never been one to sit on the sidelines. Whether helping a neighbor, mentoring a young person, leading in multiple business arenas, or enjoying his family, Dan lives and works with a deep concern for people and a thoughtful focus to make life better – for all of us.

You’ll find that a strong work ethic also marks Dan’s efforts. Beginning at age 14, he spent his summers working in construction. At Auburn University, he worked in the student-athlete dining hall to help pay his way through school. After graduating with a Bachelor of Science in Building Construction, he worked for Blount International in Alabama, South Korea, and Saudi Arabia. He earned a Master of Science in Real Estate Development and Urban Affairs from Georgia State University. While in graduate school, he started a successful international trading company with an office in South Korea doing import and export work. After a season with Jim Wilson and Associates in Montgomery, he founded his own real estate sales and development firm in Birmingham. Dan’s entrepreneurial mindset, global experience, and deep commitment to Alabama have been useful in his involvement with several startup businesses and international trade opportunities.

His passion to serve people was honed during his formative years as his family frequently relocated with his dad’s job. That passion was evident as he served on the Mountain Brook High School Student Government Association, in the Fellowship of Christian Athletes at Auburn, and in the Auburn Student Government Association as a Senator, Vice President, and Moderator of Simulated Model United Nations. His years of community leadership and service include the Entrepreneurs Round Table, Alabama Policy Institute, Race runners [serving as Chairman of the Board], Young Business Leaders, Campus Outreach International, College Golf Fellowship, and Leachman Ministries in Great Falls, Virginia [serving as Chairman of the Board]. Dan coached baseball for all three of his boys and served as chaplain of the Auburn University Baseball Team.

Dan and his college sweetheart, Anne Griggs, have been married for over 40 years and have three wonderful sons, two amazing daughters-in-law, and six grandchildren. Anne has been involved in the Junior League of Birmingham, Community Bible Study, Race runners, and Neighborhood Bible Clubs, and volunteered in many roles at the children’s schools. Dan and Anne attend Briarwood Presbyterian Church where Dan serves as an Elder, Briarwood Christian School board member, and Chairman of Briarwood Ballet, a company of over 400 students. In 1998-99, Dan and Anne moved their family to Belo Horizonte, Brazil, to help launch Campus Outreach Brazil which works with college students.

Grateful for the natural resources found in Alabama, Dan and his family enjoy hunting, fishing and farming and have developed a Treasure Forest and tree farm in central Alabama.

Dan Roberts from Birmingham, AL has participated in elections listed below in the state of Alabama.

The below links are relevant to Dan Roberts from Birmingham, AL and are articles or opinion pieces published on Bama Politics. Are you Dan Roberts? Do you have an opinion on Dan Roberts? Publish an article in our opinion section and your article will appear here. A great way for our visitors to find your content and learn more about your views. Use this contact form to find out how.